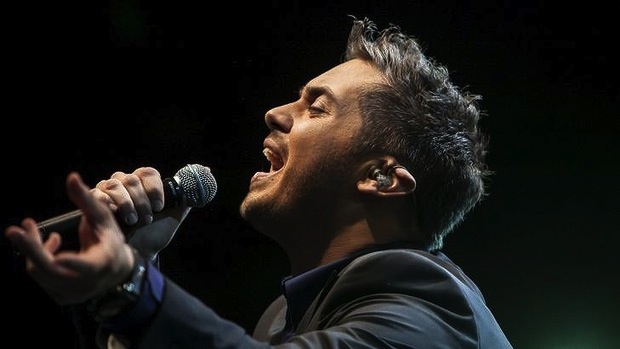 Upwards of 4,000 Greeks and Australians came out to see Greek-Cypriot singer Michalis Hatzigiannis perform at the Sydney Myer Music Bowl on October 18, a showcase of the Melbourne Greek Festival.

Hatzigiannis was accompanied by the Symphonic Orchestra of Melbourne. The singer presented his own songs as well as traditional Greek songs, including the works of major Greek composers such as Mikis Theodorakis.

This marks Hatzigiannis’ third visit to Melbourne, a city that adores his vocal style. The singer said that he enjoys visiting Australia, a place where he can enjoy relative anonymity. He added that he was very proud to participate in the city’s festival.

Having won countless awards and platinum albums, Hatzigiannis is one of Greece’s major superstars. Over the course of his career, the Cyprus native has become widely acknowledged as the most important Greek singer and songwriter of his generation.