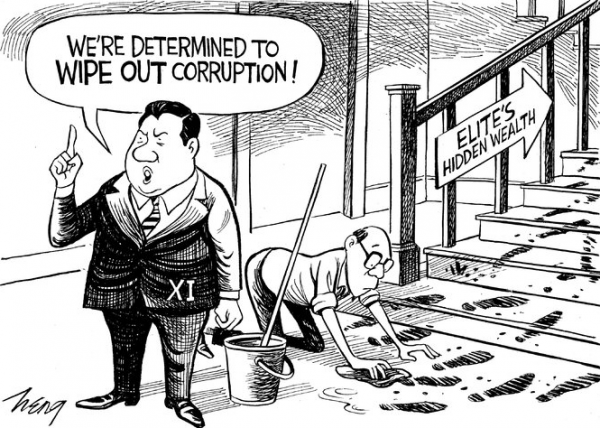 In a society where corruption is part of the norm, it’s almost impossible to prove its non-existence. However, in today’s Greek Cup match in which Olympiacos grabbed a win against lower division side Panachaiki of Patras, we witnessed a young man’s performance that made us raise our eyebrows once again. Is Greek soccer corrupt as everything else is in that country but unfortunately cannot be proven?
Less than a week ago, the Greek champions needed the help of referee Charalambos Kalogeropoulos in the Championship game against Veria in order to take the lead. After a challenge between Amaratidis and Durmaz in Verias’ box, the Athenian ref blew the whistle starting a dispute between the two opposing sides, clearly a mistaken call as the replay showed, since the Olympiacos striker was hardly touched.
(at 0:54)

In today’s game, whose owners have a history of fall-outs and quarrels, Panachaiki’s president Alexis Kougias honored Olympiacos’ coach Michel before kick-off in an effort to bridge the gaps. But even though Athanasios Yahos’ whistle-blows where unanimously fair calls, it was player Yiannis Kargas who twisted our faith to watch a clean game. 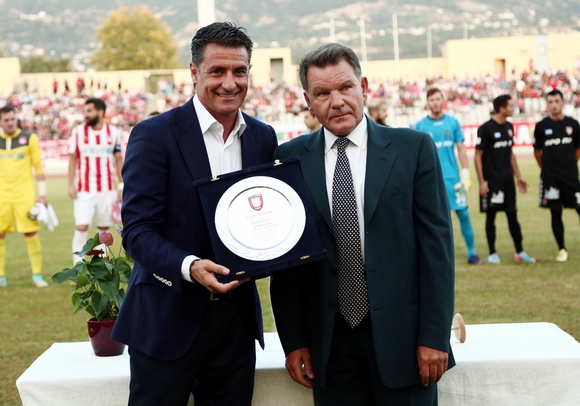 With a little less than fifteen minutes before the final whistle, Nikos Vergos cruised from the left side and crossed a low ball into Panachaiki’s box which ultimately drove past all red strikers till defender Kargas, in an effort to “clear” it, booted it straight into the net in surprise of all his teammates.
https://www.youtube.com/watch?v=nV7_zgf9zxs
This resembles the 90th minute goal Avraam Papadopoulos had scored a few years back against Greece (!) for the World Cup qualifiers. In soccer betting terms, “under” is when the amount of goals scored in the game are two or less, which was the score up to that minute of the qualifier (Greece was 2-0 up vs Luxembourg). With Papadopoulos’ late own-goal the 2-1 victory automatically turned the game to “over,” a switch which many believed was purposely made because millions of betting dollars were thrown into that game. Papadopoulos was brought before a judge but all charges were cleared. His name didn’t though.


The funniest part of today’s game took place in the 89th minute, when Panachaiki counter attacked for an ultimate effort to grab a decent result, but Zlatkofki’s cracker was blocked before reaching the net by whom else, his teammate Kargas! Again!
https://www.youtube.com/watch?v=7wVxAdpbudo#t=363
The Greek cup has always been a tournament of weird results that turns players into screeching out in their post-game testimonials, searching for their rights for fair calls, but hardly ever (never…) get what they ask for. In 2013’s final between Olympiacos and Asteras Tripolis, the Greek sports media spent the next few days arguing over how fair was Olympiacos’ win, since Yiannis Maniatis had stopped Sankare’s powerful header from crossing the line by blocking it with his hand. An incident that if called by any of three referees present would have had Maniatis sent off and a penalty kick awarded for Asteras Tripolis. Instead, Olympiacos won with a late goal.
(Maniatis’ penalty not given)

I’m not a judge and I will never have the wisdom to become one. It’s funny how sometimes corruption might be part of our everyday lives, but because it affects our comfort, we’re not willing to dig too deep into it. If we ever dared to though, who knows what we would find.