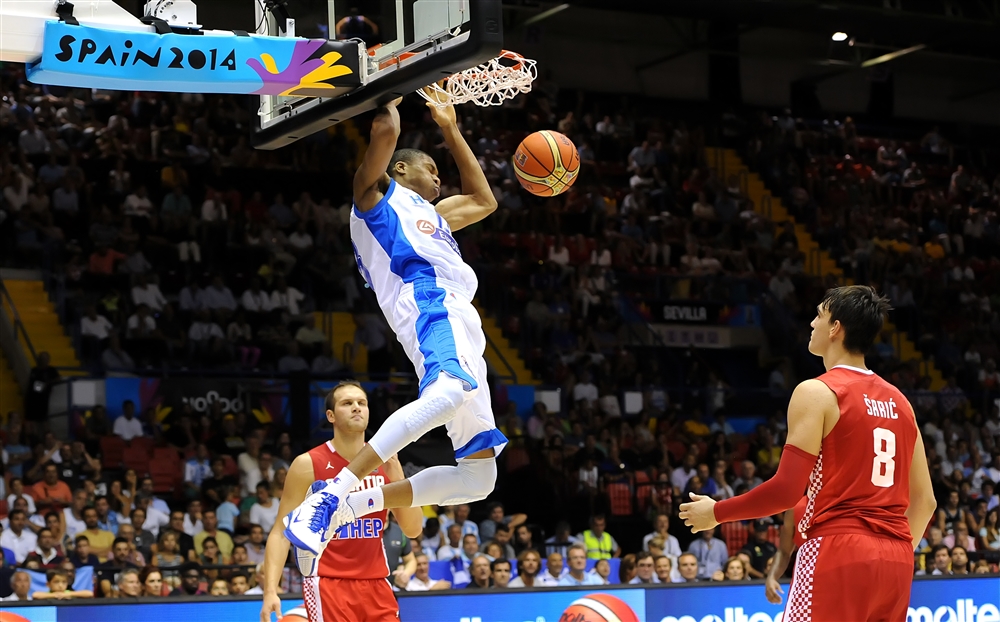 The Greek national basketball team prevailed over Croatia 76-65 for the fourth win in four games of Group B for the 2014 Mundobasket held in Spain.
They might have been unsteady in the preseason friendlies, but Fotis Katsikaris’ players have finally bonded and game after game are they are coming across more fearless and more united to a point where bookmakers are considering Greece as one of the favorites to win the whole tournament!
Spain and team USA are still a level above anybody else, but the only ones left unbeaten besides the above mentioned, is Greece and Slovenia.
In today’s game, inconsistent but still audacious Croatia appeared too lousy to challenge the Greeks. Besides the first quarter were the score remained close, the rest of the game was a one act play for Greece.
They remained defensively serious throughout the whole game and even though both free-throw (5/9) and three-point (5/23) percentages were shocking its field goal % hit 65, which combined with the 23 assists (10 by Nikos Zisis) were far too efficient for Croatia to handle.
The key point of the game was in the beginning of the third quarter when Greece raised the difference to +19 (44-25) a place from which Croatia was never able to return from.
Kostas Kaimakoglou with Kostas Papanikolaou lead the scoring with 14 each, while Giannis Bourousis had a double double with 13 points and 10 rebounds. Worth mentioning is also Nikos Zisis’ performance with 10 assists and 0 turnovers. 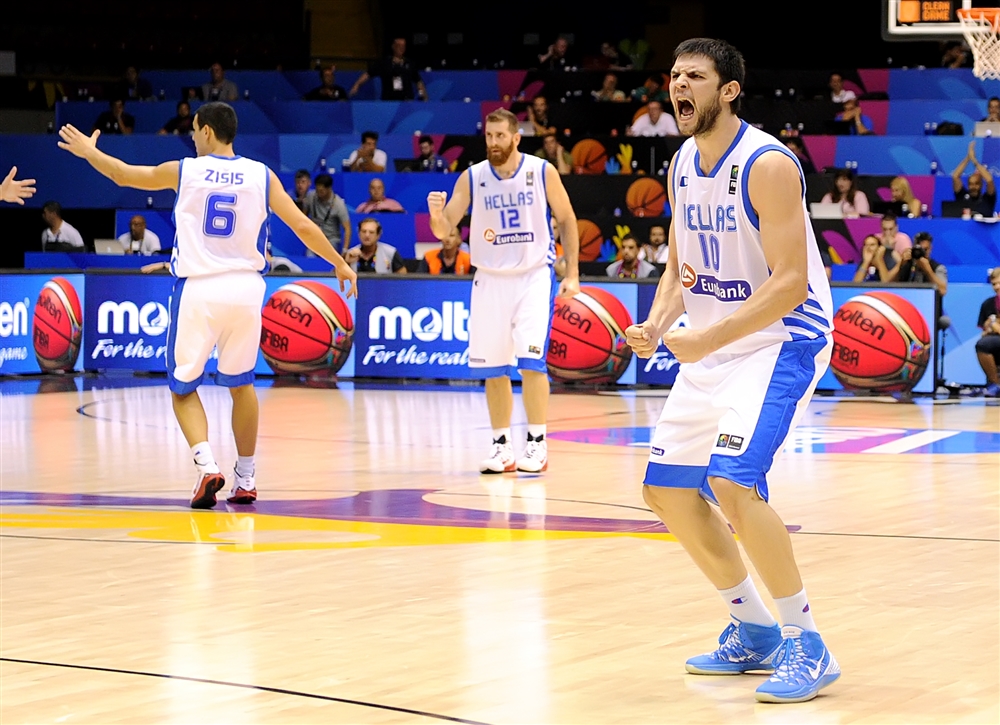 The white and blues will face Argentina tomorrow for the group’s top spot. If they win, they finish first, if they lose, they finish second which in a long run means they come across Spain in the quarter-finals, a scenario not yearned for as Greece’s ultimate goal is a medal.