Big Fire Breaks Out in Messinia 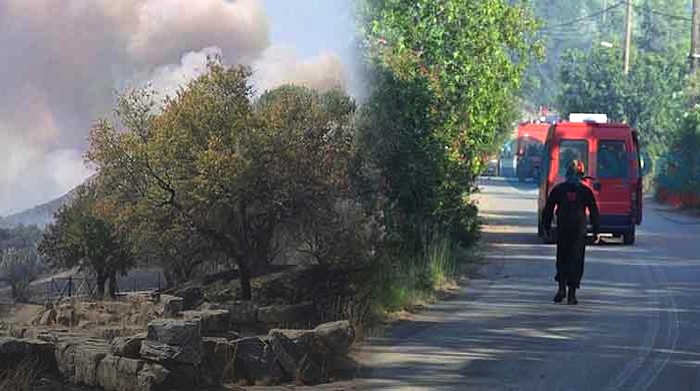 The wildfire that broke out on Monday at 1 p.m in Messinia, in southwestern Peloponnese, Greece, is out of control.
Greek authorities have preventively evacuated the villages of Mavromati, Krontires, Danilaika and Golemi, where the fire is within walking distance from the houses.
The fire is very close to the archaeological site of Ancient Messene while it also threatened the archaeological museum. A monastery located in the area has escaped the danger of fire.
Fire authorities from Messenia and the surrounding cities have rushed to the area in order to battle with the flames. The operation is coordinated by Lieutenant General Charalampos Afalis, coming from Messinia, while Fire Service Chief Lieutenant General Vasilios Papageorgiou is also present in the area.
Later in the afternoon, two other fires broke out in the municipality of Trifilia and in the village of Panagitsa in Arcadia.