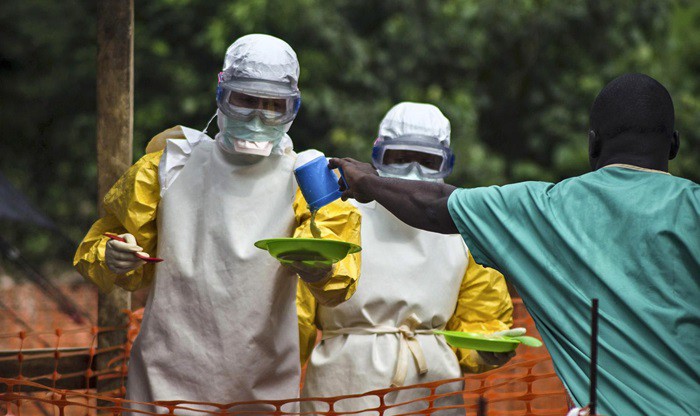 Fears for an epidemic by killer Ebola virus in West Africa caused Greek Health Ministry officials to warn Greek citizens against traveling to West Africa, unless it is absolutely necessary.
The worst Ebola outbreak in history has killed at least 932, the World Health Organization said on Wednesday.
Between Saturday and Monday, 45 people died of the disease in West Africa, while the number of cases in the region rose by 108, the WHO reported.
The Health Ministry officials had a meeting with representatives of the Hellenic Center of Disease Control and Prevention (KEELPNO) on Tuesday in order to discuss potential measures to avoid an outbreak of the Ebola virus in Greece.
Greeks who need to travel to West Africa are advised to first seek guidance from KEELPNO and take the necessary precautions so they don’t contract the deadly virus. Furthermore, the Hellenic Center of Disease Control and Prevention also noted that any passengers arriving in Greece from countries where people have died from the virus should be screened.
According to disease experts, there is minimal risk of the virus reaching Greece by migrants due to the fact that only one migrant out of 6,500 who have arrived in Greece in recent months was from West Africa.
The Ebola virus has killed more than 800 people in West Africa, a number much higher than the World Health Organization expected.
The warning from Greece comes only a week after the U.S. also advised its citizens to avoid traveling to West Africa.