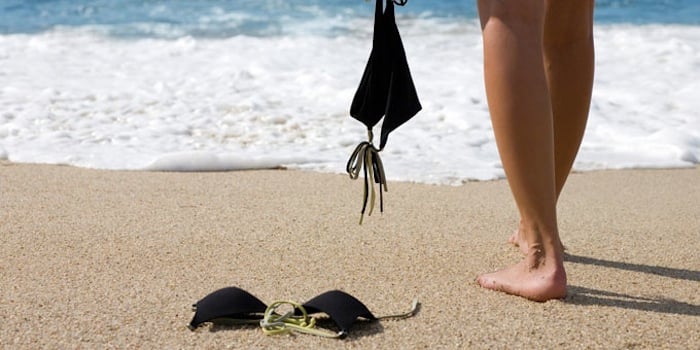 People from all around the world are visiting Greece during the summer. The country has been graced with some of the most beautiful beaches in the world, which is one of the main reasons for its popularity. While most Greek beaches are organized and perfect for sunbathing and family friendly activities, there are some more secluded places where visitors can go skinny-dipping.
Nudist beaches are a bit more controversial and they don’t appeal to everyone, however naturalism or “skinny dipping” is a widespread practice, a way of life. If you belong in the category of people who feel restricted by their swimming suits and prefer to swim freely, these are some Greek beaches you certainly have to visit. 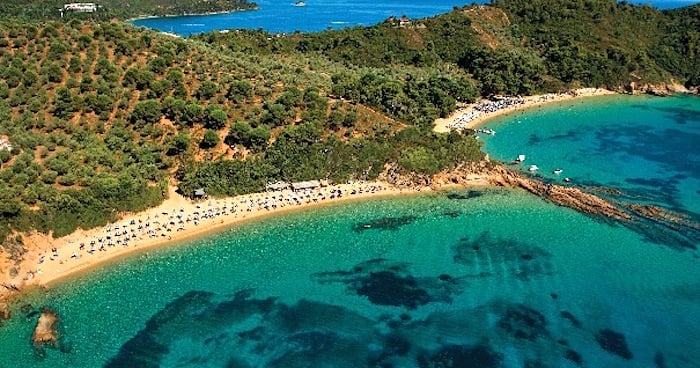 Banana Beach, Skiathos: A famous beach both for its nude and non-nude sunbathers, this stretch of pebbles enchants tourists and its fresh spring waters attracts long-term visitors. 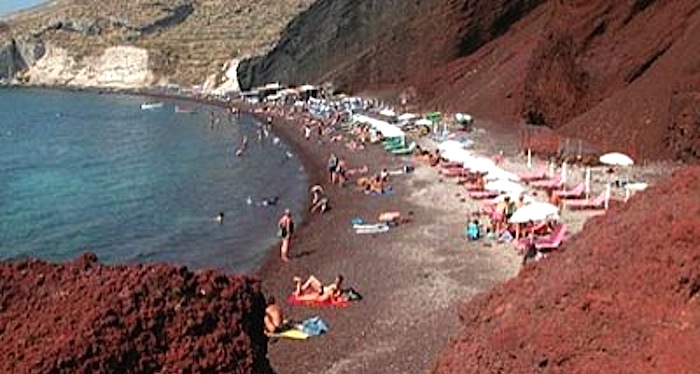 Red Beach, Crete: Crete ranks first in offering sandy beaches to those wishing to live outside the standardized moral rules of modern society. Located in southern Crete and some 25 min away from Matala, Red Beach is hidden behind a rocky hill and a fence, providing a little heaven for both nude and naked swimmers. Tranquil and isolated, you need to take your own towel and provisions when visiting for a swim in the hot summer season. 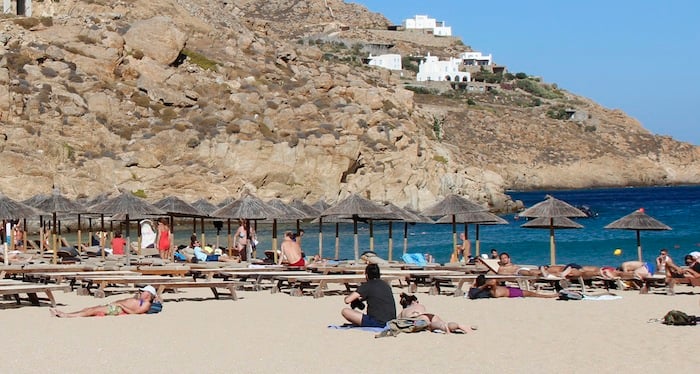 Paradise and Super Paradise Beach, Mykonos: Mykonos is mostly known for its 24-hour-long partying but nudists can also enjoy their dives next to their fancy cocktails. One of the oldest, yet overcrowded, naturist-friendly beaches in Greece, offers a cheap summer solution due to the nearby camping site. 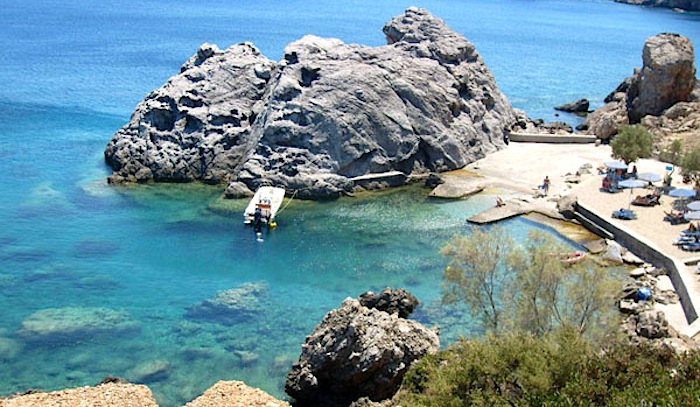 Kastelia beach, Karpathos: Though conservative locals are appalled, there is a nude beach in Karpathos as well. It is known as Kastelia and is located just beyond the popular pair of beaches known as Micra Amopi and Megali Amopi. A bus from Pigadia will take you to the Amopi beaches. 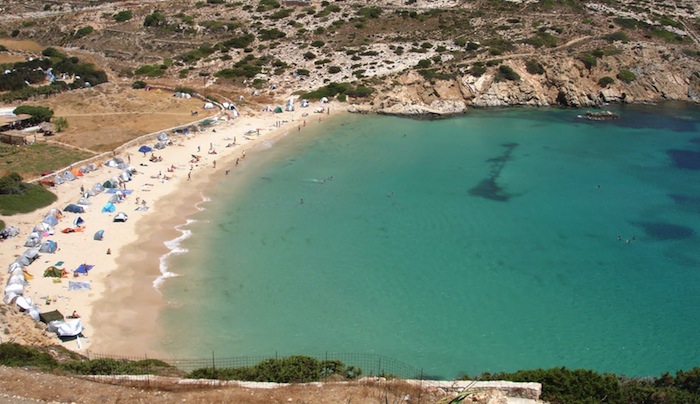 Kendros and Livadi Beach, Donnousa: The small island of the Cyclades, near Naxos, is a particularly favored choice for both nudists and those who want to enjoy their summer holidays away from the crowds. 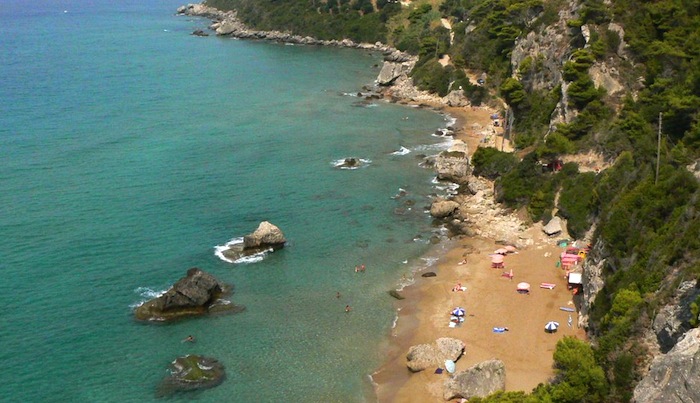 Mirtiotissa Beach, Corfu: A nudist paradise and one of the few places on the island where naturism is totally tolerated. Breathtaking cliffs, wild vegetation and rocks planted everywhere, make Mirtiotissa one of the prettiest beaches across Greece and an excellent place for relaxing from the routine. Discovered by the hippies in the ’70′s, the beach is a natural heaven to both nudists and non-nudists. 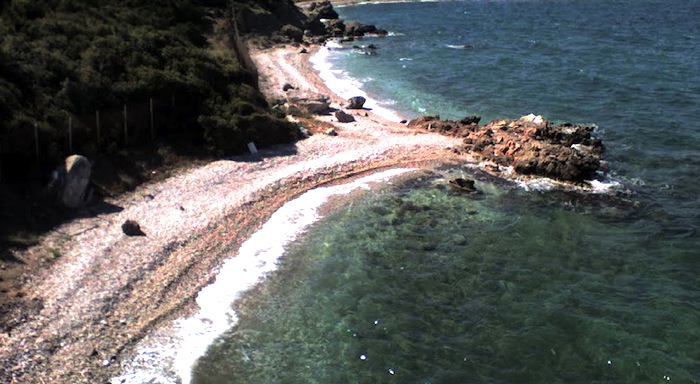 Ramnounda Beach, Attica: Located 65 kilometers from the center of Athens, Ramnounda is an amazing pebble beach with magical clear waters. Due to the fact that it is located so far from Athens, but mostly because it is a strictly nudist beach, it does not attract large crowds so it is perfect for a quiet, relaxing day under the sun. 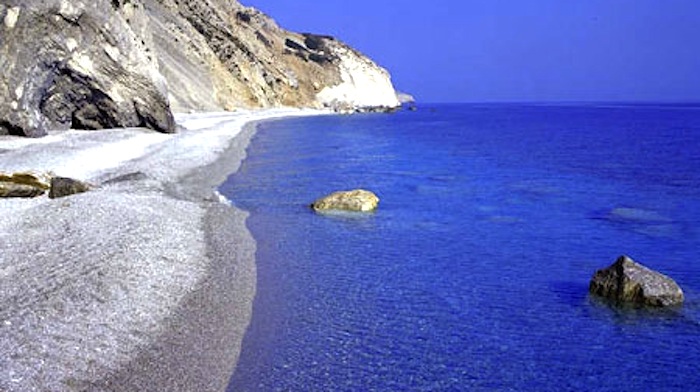 Hiliadou Beach, Euboea: In the past, Hiliadou used to be a pirate base. It is a long sandy beach at the foothills of Dirfi mountain in central Euboea and attracts a lot of tourists daily, both nudists and non-nudists. Because it can get very crowded in the summer, there are a lot of local taverns that offer good food around the beach. 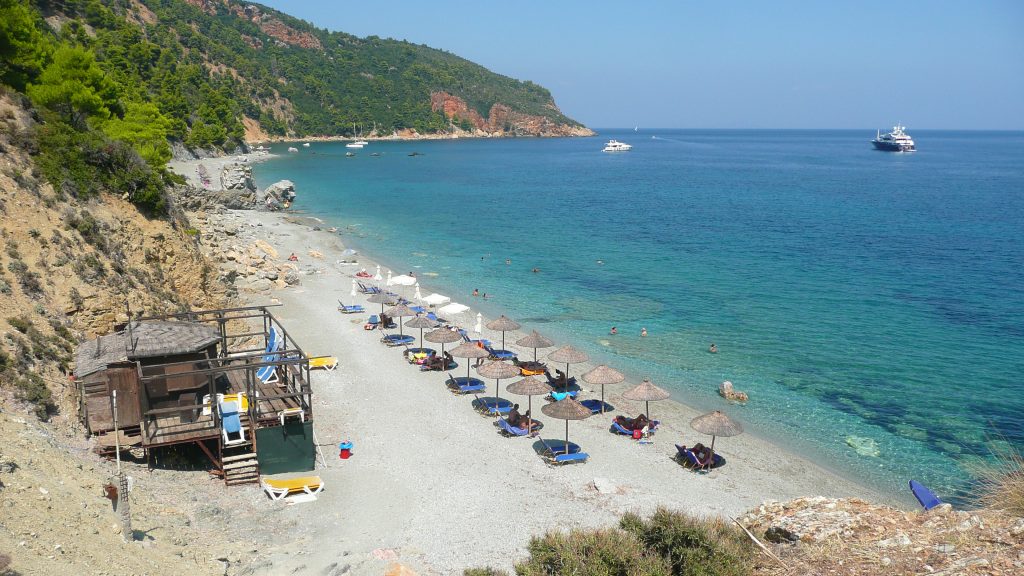 Velanio Beach, Skopelos: Velanio is one the most well-known beaches in Skopelos. It is connected via a small path with Stafylos beach. Its clear blue waters, along with the amazing natural surroundings, make it one of the most beautiful beaches on the island. A few years ago, the mayor of Skopelos attempted to officially declare Velanio a nudist beach. 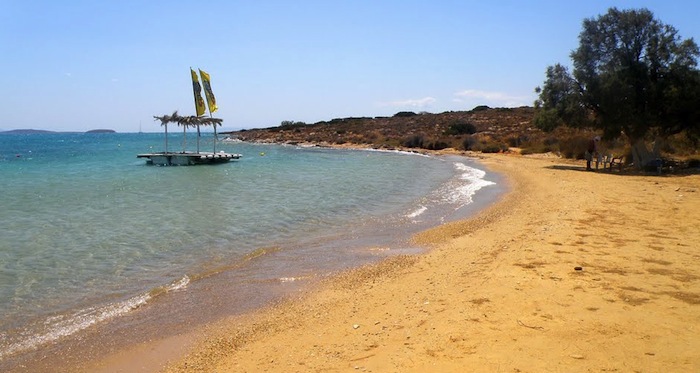 Psaraliki Beach, Antiparos: Psaraliki consists of two beaches, Psaraliki I and II. The second beach gathers fewer people during the summer season, making it an ideal place for nudists. Despite the stony beach, non-nudists also visit Psaraliki II to relax.