"Sifis" the Crocodile Still at Large 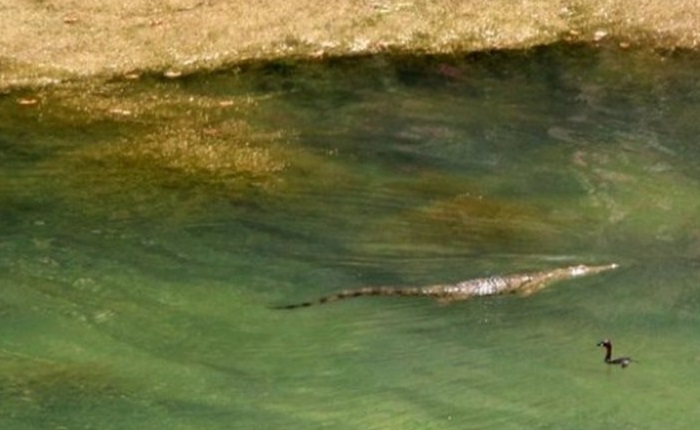 Despite the major operation to capture him, Sifis the Cretan crocodile continues to avoid the traps set up by the Greek Authorities and is still at large, in Rethymno, Crete, Greece.
Vangelis Mamagakis, director of the organization for the management and maintenance of the dam in Rethymno, where the crocodile was found, reported that the authorities will use all possible means to capture Sifis. Their next plan is to use ropes and nets.
Sifis‘ future will be decided on Thursday at an experts meeting which will be held in Rethymno. Meanwhile, tourists are arriving in the area in droves to admire and photograph the wild creature. Many local residents want Sifis to remain in the dam as he is considered as a local tourist attraction.
The crocodile was spotted approximately two weeks ago in the region of Rethymno. Traps have been placed near the riverbed and all activities in the area have been banned. However the reptile has managed to avoid any trap.
The crocodile, that was named Sifis, a popular Cretan name, has gained huge popularity with fans creating Facebook pages where they express their sympathy for the misplaced reptile and wish for his return to its natural environment.