One Dead After Fight at Domokos Prison 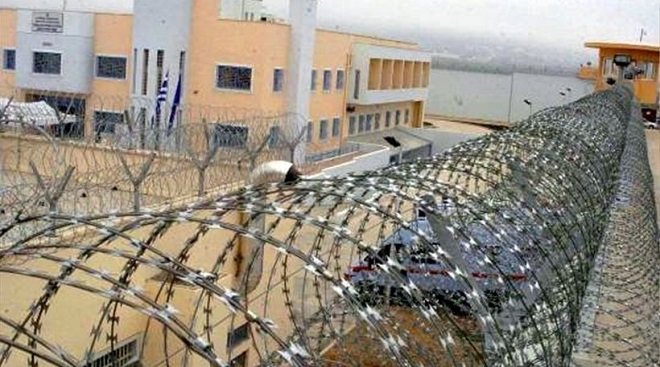 A violent brawl between prisoners took place at the prison of Domokos at dawn today, July 11, resulting in the death of an inmate and the injury of another.
The brawl started at 3:30 am, when three Greek detainees in the same cell started fighting over personal issues.
During the violent brawl that followed, a 48-year-old-man who had been sentenced to life in prison, stabbed and killed his 32-year-old cellmate and seriously injured his 40-year-old other cellmate who was transferred to a hospital in Lamia.
The 32-year-old had been sentenced for complicity in attempted robbery, while the 40-year-old inmate had been sentenced for robbery.
Prison officials intervened quickly and stopped the perpetrator, while they acted fast in taking the injured man to the hospital in Lamia.
Since the incident occurred, there has been a lot of commotion in the prison of Domokos, while the prison staff are conducting a search through all the cells.