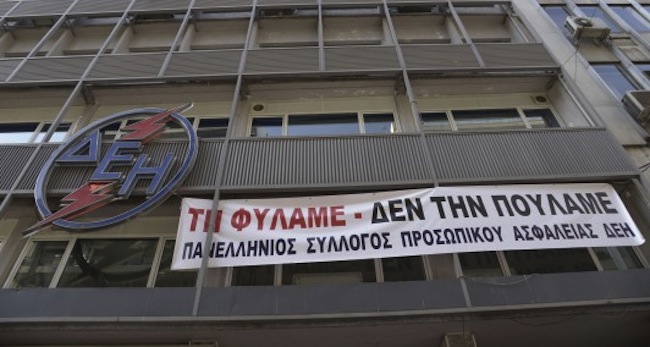 The Administrative Court of First Instance of Athens, Greece ruled on Friday that the strike of Public Power Corporation (PPC) employees’ union GENOP is illegal, also finding part of its claims abusive. The ruling comes following a motion by PPC on Thursday.
The employees launched strikes in reaction against the government’s plan to spin-off PPC assets and clients into a ‘small PPC’, as part of the company’s partial privatization framework.
After the ruling, government sources gave the employees a few hours deadline to return back to their positions, or conscription measures will come in effect.
Moreover, the National Printing House will remain open during the weekend in order to be ready to release the decision over the conscription of PPC employees.
Unionists of GENOP-DEH are expected to hold a session so they can decide on further steps, while the union president Stamatis Rellias, referring to the possibility of a conscription, said earlier on Friday “we will use all legal means necessary.”
Meanwhile, the first reading of the draft ‘small PPC’ bill was concluded in Parliament on Friday, with the government defending the measures as a reform promoting growth and the opposition parties levelling accusations of a sell-off and break up of the country’s most important state enterprise.
The second reading of the bill will be held next Monday, with discussion continuing on Tuesday and the final vote to be held on Wednesday.