TechNews
GreekReporter.com Greek News Economy Under 1000 Euros The Majority of Pensions in Greece

Under 1000 Euros The Majority of Pensions in Greece 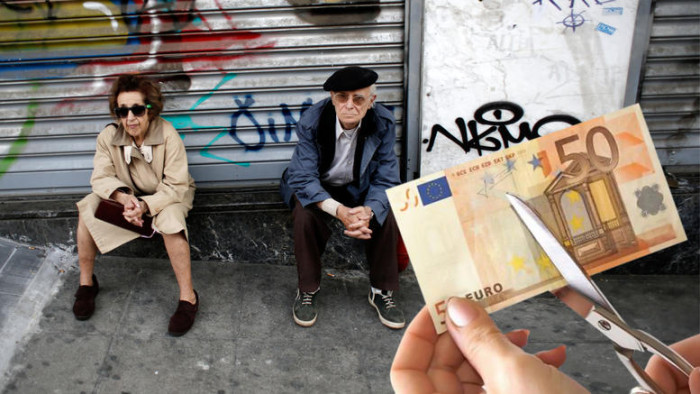 Pensions in Greece have been reduced more than 30% during the last few years due to the measures implemented by the Memorandum.
According to data from the Union of Social Security, 76.5% of main pensions are under 1,000 euros, while four out of ten pensioners receive less than 500 euros per month. This data also shows that the average main pension in Greece is about 704 euros for about 3 million pensioners and the average supplementary pension is 176 euros for more than one million of them.
Moreover it has also been reported that 174 persons receive pensions of more than 4,000 euros, while 52 pensioners receive 9 different pensions per month.
Added to that, 30 pensioners receive more than 5,000 euros per month, 3 receive 6,000 euros and just one whose pension exceeds 7,000 euros per month.
Minister of Labor and Social Affairs, Giannis Vroutsis handed this data to the Greek Parliament for further discussion and analysis, after the request of Kyriakos Virvidakis, New Democracy MP.