Photo Exhibition in Honor of UNFICYP 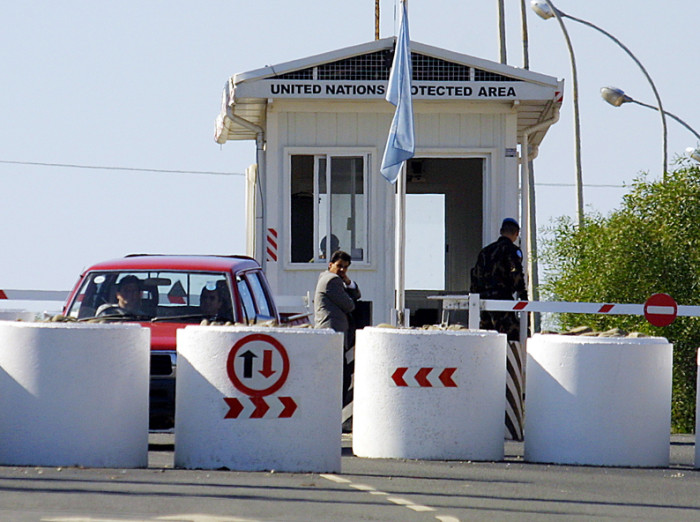 Cyprus organized a photographic exhibition on 50 years of the United Nations Peacekeeping Force in Cyprus (UNFICYP).  The exhibition was held in New York on July 1 and its opening was attended by UN Under-Secretary-General for Peacekeeping Operations Hervé Ladsous.
UNFICYP was originally set up by the Security Council in 1964 to prevent further fighting between the Greek Cypriot and Turkish Cypriot communities.
In the absence of a political settlement to the Cyprus problem, UNFICYP has remained on the island to supervise ceasefire lines, maintain a buffer zone, undertake humanitarian activities and support the good offices mission of the Secretary-General. No less than 100,000 peacemakers, men as well as women, had served in Cyprus over the past 50 years.
Hervé Ladsous referred to the UN support offered in Cyprus to “the very important talks started after the joint declaration on February 11 this year.”
“It’s not easy work but I think both leaders are working with a will and I think, I hope, we all hope, that this opens a way for fulfilling that wish of a peaceful and reunited Cyprus. I think this is our joint endeavor and it is of course a great satisfaction to see that close up,” he added.
The photographic exhibition organized by the Permanent Mission of Cyprus to the UN was in honor of UNFICYP’s fifty years presence in Cyprus.
Special tribute was also paid to the 184 peacekeepers who lost their lives in the service of peace in Cyprus.