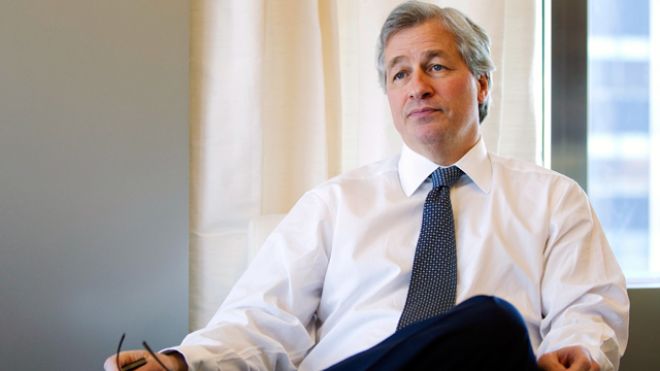 JPMorgan Chase & Co Chairman, President and CEO Jamie Dimon canceled his two-day visit to Athens due to medical reasons.
He was supposed to arrive in Athens on July 2 for talks with the Greek Prime Minister Antonis Samaras about the preparations for Greece’s exit to the international markets.
However the CEO of the investment bank canceled his trip to Athens and other European capitals, including Rome, Madrid and London, once diagnosed with throat cancer, but assured that he will be able to be actively involved in the US bank’s business.
“The good news is that the prognosis from my doctors is excellent, the cancer was caught quickly and my condition is curable,” Dimon said in a statement from the company. “The cancer is confined to the original site and the adjacent lymph nodes on the right side of my neck. Importantly, there is no evidence of cancer elsewhere in my body.”
JPMorgan’s CEO will undergo radiation and chemotherapy treatment at New York’s Memorial Sloan Kettering Hospital, which is widely considered one of the best cancer hospitals in the world. The treatment is expected to last about eight weeks.
Dimon has assisted significantly in boosting investment interest in Greek bonds, as JPMorgan Chase & Co led the foreign firms that coordinated Greece’s return to the international markets with the issue of a five-year bond in April that was worth 3 billion euros but attracted bids of 20 billion.