Coast Guard Seizes Another Ton of Heroin in Greece 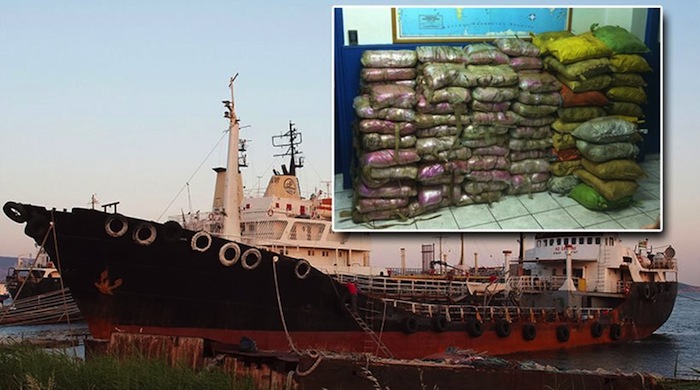 Executing another top secret operation, the Hellenic Coast Guard  discovered and seized about 986.6 kg of heroin on June 22.
The heroin was found in a warehouse in the suburb of Koropi, Attica and is related to the drug cartel case, whose members were arrested during another operation last week.  The total quantity of  seized heroin now reaches 2 tons, with a value of approximately 60 million Euros.  The heroin was located in a tanker that was located earlier this week at the sea area of Elefsina, Greece and was thereafter closely monitored by authorities.
Authorities arrested 14 members of the drug cartel, including two Greek nationals, a man who has helped transfer the heroin and a 53-year old woman, representative of the company that owns the ship. Ten of those arrested are crew members of the tanker, all foreigners, from Turkey and India.
The tanker NOOR-1 is a Togo-flagged ship belonging to a Greek shipping company whose name the police have not yet released. It was loaded early May at the port of Oman and arrived at the Greek port of Elefsina on June 7 ,where the drug shipment was divided into three parts. Two parts were transferred with trucks and the third one with other luxury vehicles to two warehouses in Koropi and to a villa in the upscale neighborhood of Filothei.
“These coordinated efforts … led to the largest seizure of heroin on a European level,” Greek Shipping Minister Miltiadis Varvitsiotis said.
The 14 member are kept in custody at the Piraeus Port Authority and on Monday, June 23, they will face the Piraeus Prosecutor.