The Greeks of Camargue by Annie Maïllis 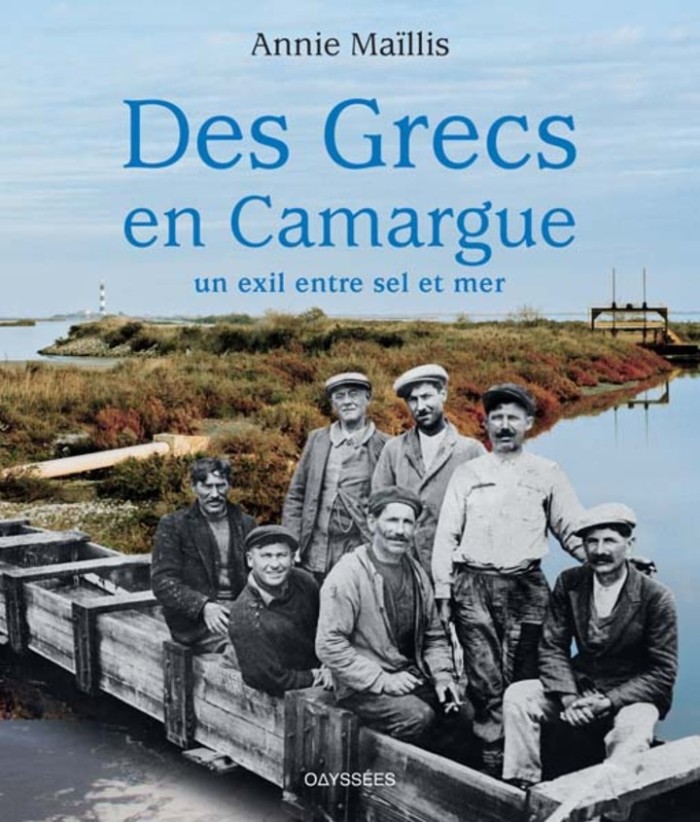 French writer Annie Maïllis with Greek origins sheds light on the history of the Greek immigrants of Camargue with her new book.

The Greeks of Camargue, a region located in south France between the Mediterranean Sea and the delta of Rhône River, were workers at the salt lakes. This job was frowned on by the locals and involved dangerous working conditions. This relatively unknown piece of history in the Hellenic Diaspora has a proverbial “light” cast upon it, in the book “The Greeks of Camargue, an exile between salt and sea” (“Des Grecs en Camargue, un exil entre sel et mer”), written by the Literature professor Annie Maïllis and published by Odyssées publications.

“The immigration of Greeks into France and especially to Camargue began around 1915-1916 and intensified with the Great Fire of Smyrna in 1922,” Ms. Maïllis told the Athens-Macedonian news agency.

Their origin was from the Dodecanese and mainly from the island of Kalymnos. During this period the main export product of the island, sponges, started sickening. In addition, the mass arrival of Greek immigrants from Minor Asia, who were exiled by the Turks, intensified poverty in the Dodecanese.

In the salt lakes of Camargue they were recruited for tough jobs, those demanding heavy strength or detrimental to health. In return for their hard work, their jobs were secured and their company provided low-cost housing, health, education, sports, entertainment, etc.

The traumatizing events of the past however, left them with no desire for repatriation, however, this was not the case with the next generation who actually kept the flame of Hellenism alive by actively helping and by frequently visiting their home country.

In her book Ms. Maïllis records the history of her family after her grandfather on her father’s side, who was a sponge diver from Kalymnos, traveled to America, Crimea, and Marseille and finally ended up at the salt lakes of Camargue.

By interviewing various members of the Greek community, and by obtaining rich photographic and archival material, the book by Ms. Maïllis is the first one about the Greek Diaspora in France.

Annie Maïllis was born in Camargue, in Salin de Giraud to a Greek father and a French mother. Today she lives in Arles together with her husband.

She teaches literature in higher education and she has written several books, mostly on Picasso. She has also contributed to the script of the film “The People of salt, Greek words” based on her own book about the Greeks of Camargue and directed by her son.
(By Dimitra Paganopoulou)