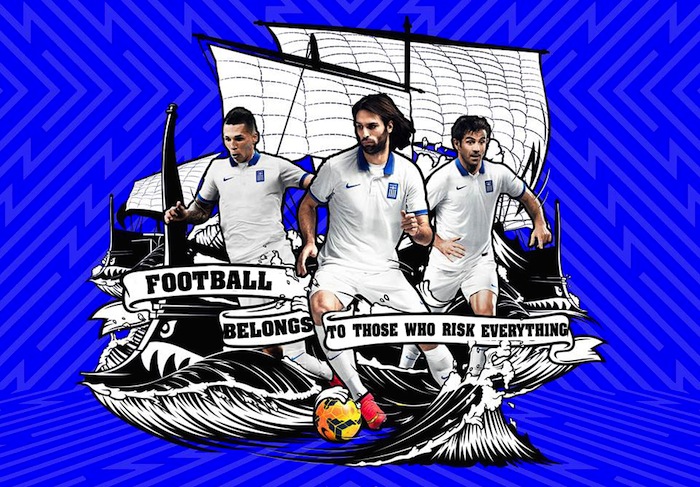 Here is a list with 11 interesting facts that have shaped the 11 key players of the Greek World Cup Team into the warriors who will risk everything to win their first game against Colombia.
Greece is considered one of the outsiders in the 2014 World Cup if you consider that the team doesn’t have any super-star players and has a poor record in the tournament. However, the Greek team surprised the world by becoming the 2004 European Champions showing just how dangerous they can be and why they shouldn’t be underestimated.
Fernando Santos from Portugal, first guided the team to EURO 2012 – where they were beaten by Germany in the quarter-finals – before delivering their most recent success by reaching next year’s World Cup
Check out this list with what we thought makes the Greek team players special, not only as athletes, but also as warriors who never give up!
1. Torosidis: AC Roma’s defender scored on June 18, 2010 the winning goal against Nigeria which resulted in Greece’s first ever victory in the World Cup. 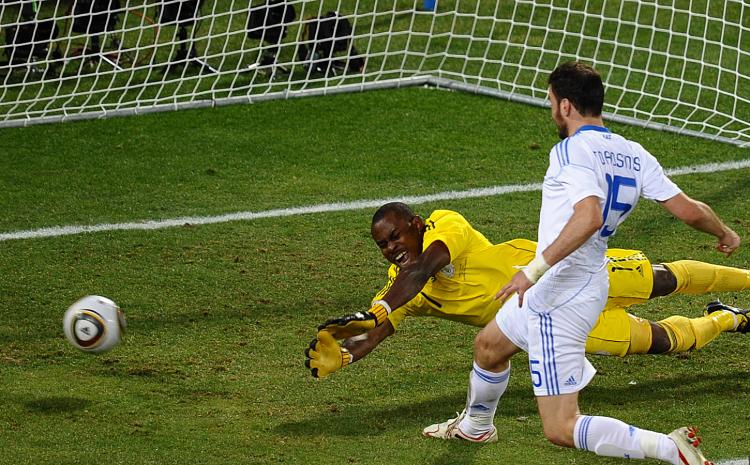 2. Karnezis: On April 12, 2014 Orestis Karnezis gave an amazing goalkeeping exhibition that stopped Barcelona’s stars from scoring a goal. His team, Granada FC won the match 1-0 and Karnezis was rewarded as the MVP. It was his best game to date.
https://www.youtube.com/watch?v=QGbxa4WdViU
3. Holevas: He was born in Germany to a Greek father from Trikala (Achilles) and a Uruguayan mother (Lowis). His wife had a child when Holevas was just 16 years old. He was forced to quit football for a year and work in a warehouse in order to take care of his family. 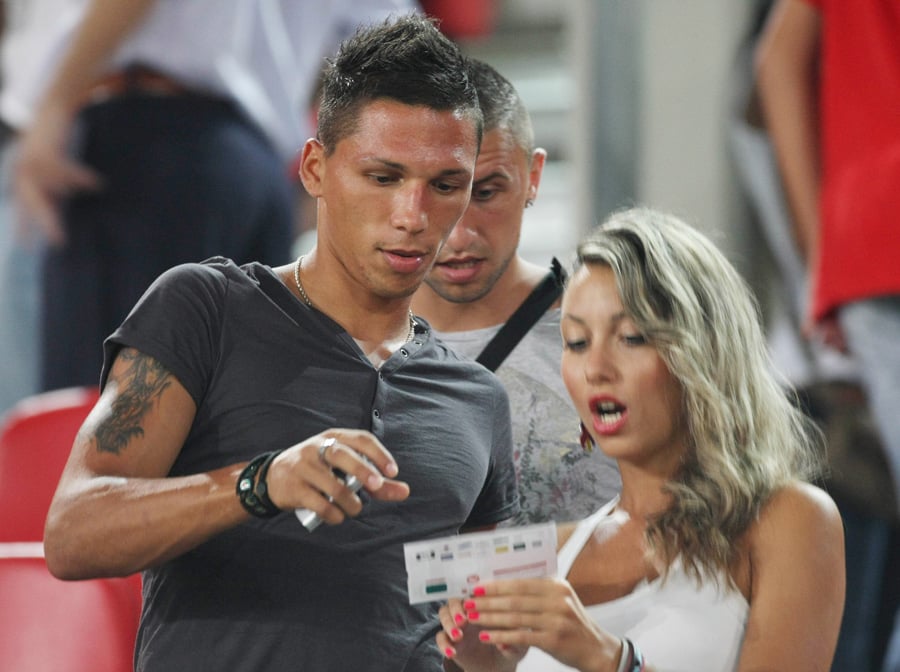 4. Papastathopoulos: During a derby against Panathinaikos, Socratis Papastathopoulos became the youngest player to have ever captained AEK on May 14th 2008. He was only 19 years old. 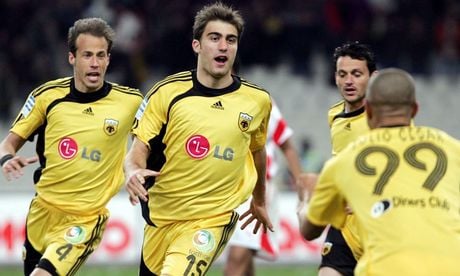 5. Manolas: He made his debut for AEK Athens in 2009 against AO Kavala and was rewarded with the MVP title on his very first game. On his first 7 games, he was voted as MVP 5 times. 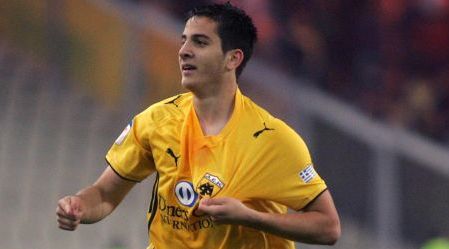 6. Katsouranis: After his contract with Panachaiki (Patras’ local team) expired, Kostas Katsouranis began negotiating with Panathinaikos in 2002. Fernando Santos, the latter’s coach at the time, picked Sainio over Katsouranis since he favored a more experienced player. Years later he condemned his decision publicly to the press and has now made him a key player of the team. 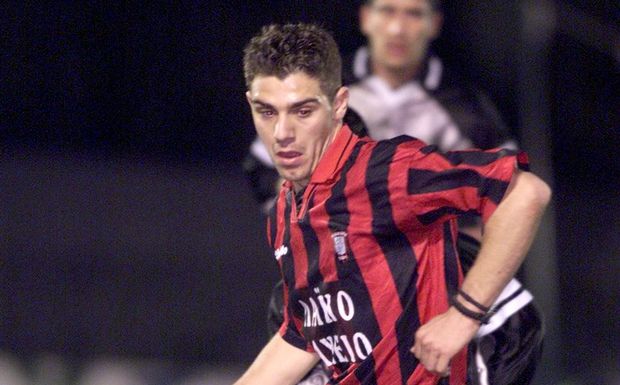 7. Maniatis: He began playing soccer for Parnassos Arahovas in the lowest division of Greek professional soccer league. Yiannis Maniatis once said: “I used to play in front of 10 people in the village of Arahova and a few years later I played in front of 40.000 fans in the Karaiskakis stadium”. 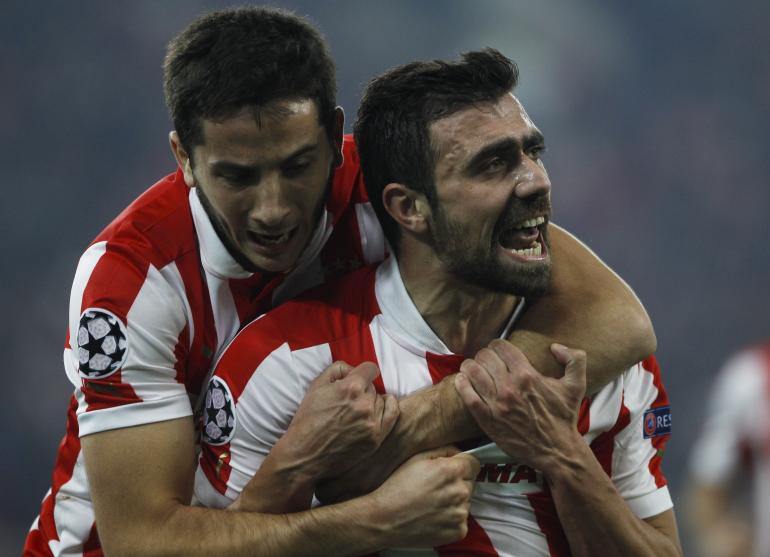 8. Karagounis: In 2006 Girogos Karagounis played for Portugal’s Benfica. The Portuguese team’s home ground is “Da Luz”, where Greece won the European Cup in 2004. At that time Benfica’ s coach was Fernando Santos who now coaches Greece. 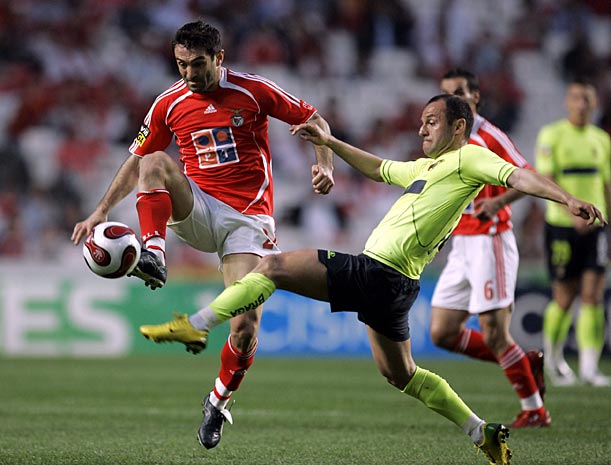 9. Mitroglou: Kostas Mitroglou is the first and only Greek soccer player to have scored a hat-trick in a UEFA Champions League game (Anderlecht – Olympiakos 0-3).


10. Samaras: He was eligible to play for the National Team of Australia, since his father Yiannis Samaras was born in Melbourne. However, Giorgos Samaras chose to represent his birth-country becoming one of the most passionate players of the Greek national team. 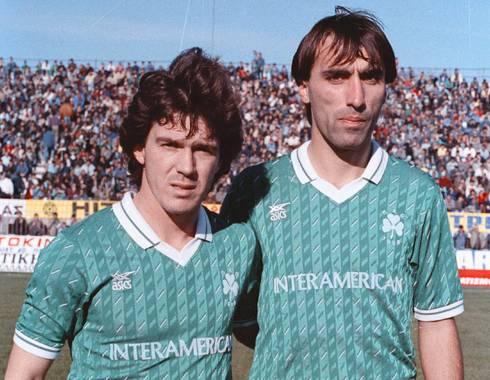 11. Salpigidis: PAOK’s player, Dimitris Salpigidis played in “Leoforos” against his ex-team Panathinaikos in May 2014. The moment he entered the field as a substitute, the crowd cheered his name, since Panathinaikos’ fans hold beautiful memories of Dimitris’ presence in their team. A few minutes later, Salpigidis scored a goal giving PAOK a precious point.
https://www.youtube.com/watch?v=XUI3EG4Wb3A