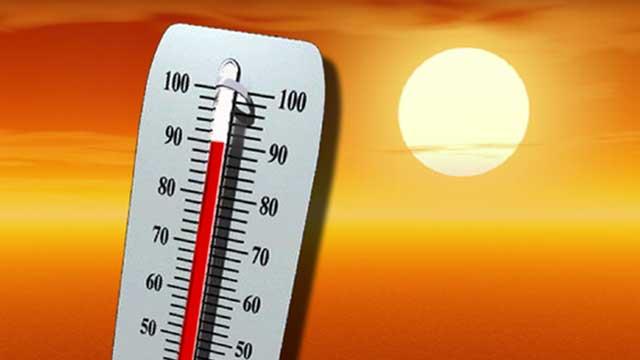 Life in Greek and Mediterranean cities in general will become more difficult in the future, in terms of weather conditions.
High temperatures, low levels of rainfall, frequent extreme weather phenomena, fires and the continuous rising of  sea level, are some of the consequences of climate change. This is expected to be the future of Mediterranean cities, including Athens and other Greek cities.  However, the choices societies will make and the policies they will choose to follow in the coming years will define how serious the situation can become.
The impact of climate change in cities with Mediterranean climate and the appropriate strategies taken by the state, was the main objective of an international conference held in Athens.
The conference was under the auspices of the rotating European Union Greek Presidency and the General Secretariat for Research and Technology (GSRT).   It was organized by the European Commission, the Mediterranean Consortium for Climate Change, the Eurisy, the Mariolopoulos-Kanaginis Foundation for Environmental Sciences, the Research Centre for Atmospheric Physics and Climatology of the Academy of Athens and the Justus-Liebig University of Germany.
The Secretary General of Research and Technology, Christos Vasilakos, indicated at the conference that the Mediterranean cities are some of the most vulnerable regions exposed to the impacts of  climate change. The fragile environmental  stability of the region was in danger, he said, due to the gradual desertification of the south coast and as a result, to the increase of migration pressures in north European coasts.
He added that the prospect of adverse environmental changes that threaten international security, undermine economic growth and increase the possibility of international conflicts over natural resources. That’s the reason why the enforcement of a multilateral and European cooperation is essential, he stated.
Weather in Athens, in particular, according to climate models illustrated at the conference,  will experience an increase in temperatures, more often extreme weather phenomena, as well as heavy rainfalls during autumn in the coming years.   In addition, a survey of the Institute for Environmental Research and Sustainable Development of National Observatory of Athens, showed that due to climate change there will also be an increase in ozone pollution, a greater risk of forest fires as well as a rise in death rates caused by heat stress and heat waves.
The German climatologist and member of the UN Intergovernmental Panel on Climate Change, Thomas Stocker, reported that in the next years the amount of rainfalls in the Mediterranean area, Greece included, will decrease by 20-30%, which will eventually lead to increased drought in the countryside regions and an increase in the temperatures of cities.
According to figures issued by the United Nations, urban population is expected to reach five billion persons by 2030 and more than 6 billion by 2050. Therefore,  cities with Mediterranean climate conditions, being the most vulnerable, have to get motivated and adopt policies against the impacts of climate change in order to develop economically and socially.