TechNews
GreekReporter.com Greece The Ancient Symbol of Olympism is Greek

The Ancient Symbol of Olympism is Greek 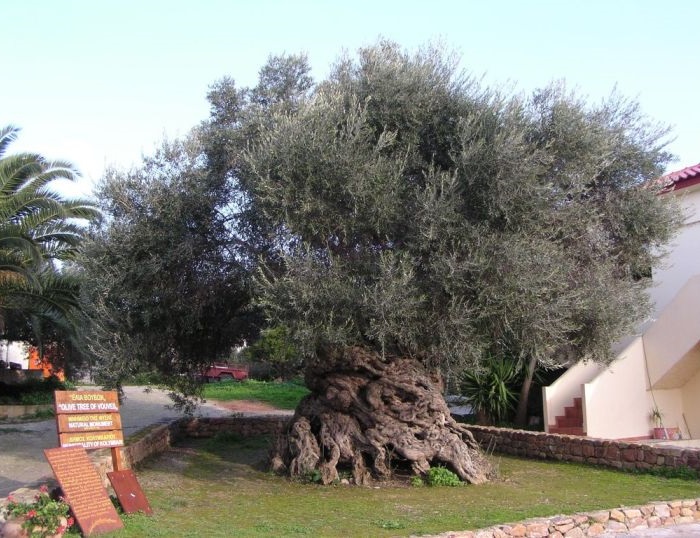 The oldest olive tree in the world lies in the village Ano Vouves, in the region of Chania, Crete, Greece.  It is one of the seven ancient olive trees in the Mediterranean area which are believed to be over 3,000 years old. The olive tree in Ano Vouves  is estimated to be about 2, 500 – 5,000 years old. It started as a wild olive tree and was later domesticated with the “tsounati” olive tree variety.
Its exact age can not be verified, but it is considered to be the oldest tree of the seven. It has been characterized as a natural monument thanks to its aesthetic, ecological and historical interest.
In ancient Greece, wreaths made from olive tree branches were being awarded to athletes. According to ancient Greek mythology, the crowning of athletes with olive wreaths was originally applied in Crete by the Idaean Dactyls, who established the first organized athletic competition. Idaean Heracles brought the custom to Ancient Olympia where the first Olympic Games took place in 760 BC.
Wreaths from the Vouves olive tree were awarded to marathon  winners at the Olympic Games in Athens in 2004 and in Beijing in 2008.  In 2010, the German ultramarathon veteran Jurgen Mennel was honored with a similar wreath, after running 2,200 km from Strasbourg to the Kallimarmaro Stadium in Athens, in 30 days.
In 2012, a wreath from the olive tree of Vouves had accompanied the Olympic Flame on its journey to Crete as well as the Greek athletes when they entered the Olympic Stadium during the opening ceremony of the Olympic Games in London.