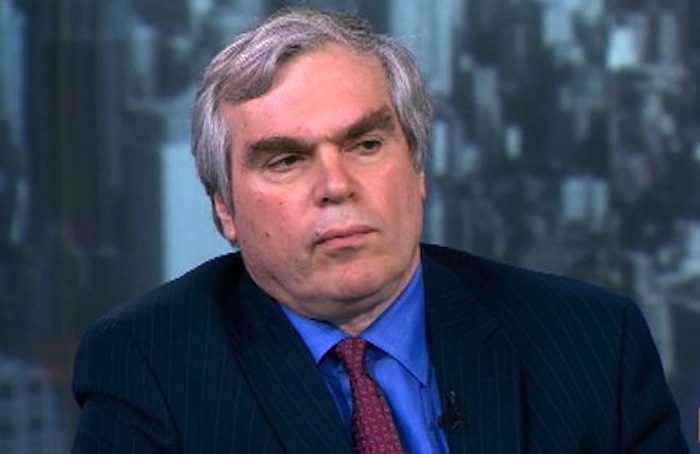 [UPDATE] Although Nicholas Economides was offered the job by Greek PM Samaras, he preferred to stay at NYU. See the the list with the (partially) new Greek government here.

New York University economics professor Nicholas Economides, in Athens to give a presentation on the Greek debt, was reportedly being considered by Prime Minister Antonis Samaras, to take over the tough job of Finance Minister to replace Yannis Stournaras, who reportedly will be named Bank of Greece Governor.

The highly-regarded and well-known Economides, who teachs at Stern School of Business and Haas School of Business at UCal-Berkeley, is a long time friend of Samaras, who was graduated from Amherst College in Massachusetts with a degree in economics and then attained an MBA from Harvard.

Media reports said that the Finance Ministry portfolio could be split into two divisions, with Economides in charge of Economy and Deputy Minister Christos Staikouras in charge of economics although it wasn’t said what their responsibilities would be or how they would be divided.

Economides gave a presentation in Athens on securing the viability of Greek debt, which is still at a staggering 315 billion euros ($430 billion) despite two bailouts from the Troika of the European Union-International Monetary Fund-European Central Bank (EU-IMF-ECB).

Samaras wants to pursue a debt restructuring, including a longer time to repay and lower interest rates, on the 240 billion euros ($327 billion) that Greece owes the Troika, and there has been intermittent talk of trying to also get a so-called “haircut” in which Greece would walk away from a good chunk of what it owes.

That would require the taxpayers in the other 17 Eurozone countries to pick up the tab for generations of wild overspending by successive administrations of Samaras’ New Democracy Conservatives and his now coalition partner, the PASOK Socialists.

Economides talked about methods to restructure debt and put resources toward development as a way to create growth, a prime facet of Samaras’ plan to help the country rebound from a crushing economic crisis that has created record unemployment and deep poverty.

Ahead of the May elections for European Parliament, he recommended that Greece float a bond for the first time in four years and Samaras did, with an interest rate range that Economides had correctly predicted.

He hasn’t been shy about being critical of the way Greece has handled its fiscal problems either and blasted the government for the ouster, or resignation, of General Secretary for Revenues Haris Theoharis, whom Stournaras had laced publicly for not being aggressive enough in collecting taxes.

Within days of that blistering, Theoharis, who was brought on to appease the Troika, quit his post although his tenure was for three more years. That came amid criticism he was forced out for political failures, such as trying to put a retroactive tax on bondholders who had already been stiffed for 74 percent losses by the government.

That included many in the Diaspora, particularly in the United States, who lost much of their savings they had put into buying bonds to support their homeland, only to be hit with big losses as the government tried frantically to write down its debt. That was done by former finance chief Evangelos Venizelos, now the PASOK chief and Deputy Premier/Foreign Minister for Samaras.

On his Facebook page, Economides wrote that, “It is really a shame to make Theoharis a scapegoat.” He also has been sharply critical of the major opposition Coalition of the Radical Left (SYRIZA) which wants to restructure the Greek debt or renege on it.

He has been often quoted in the media as an expert analyst on economics and the Greek Crisis and is an internationally-recognized authority on network economics, electronic commerce and public policy.

His fields of specialization and research include the economics of networks, especially of telecommunications, computers, and information, the economics of technical compatibility and standardization, industrial organization, the structure and organization of financial markets and payment systems, antitrust, application of public policy to network industries, strategic analysis of markets and law and economics.

His website on the Economics of Networks has been ranked as one of the top four economics sites worldwide by The Economist magazine.

Professor Economides has published more than 100 articles in top academic journals in the areas of networks, telecommunications, oligopoly, antitrust, product positioning and on the liquidity and the organization of financial markets and exchanges.