GRNews
GreekReporter.comAustraliaThousands of Greeks Fleeing to Australia Due to Crisis

Thousands of Greeks Fleeing to Australia Due to Crisis 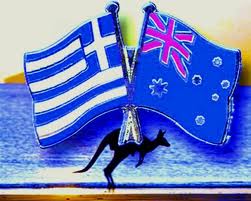 According to statistics of the Department of Immigration 33,951 Australians, Greek Australians and Greek migrants and visitors arrived in Australia during the 2012-2013 financial year. This significant number of fleeing Greeks reflects the impact of the economic crisis.

Only 501 Greeks arrived in Australia as migrants, compared to 1,023 Australian residents of Greek origin, who returned to the country for a long-term stay.

Visitors arrived in large numbers, too, with 9,286 Greeks entering Australia in 2012-2013, more of them for a short-term stay. Among them were those on temporary resident visas, students and tourists-visitors.

In addition, the Department of Immigration data showed an important number of arrivals from Cyprus. In fact, 10,004 Cypriots arrived in Australia over the last financial year, with 7,372 as short-term residents and 2,417 as visitors, including students and those holding temporary residence visas.