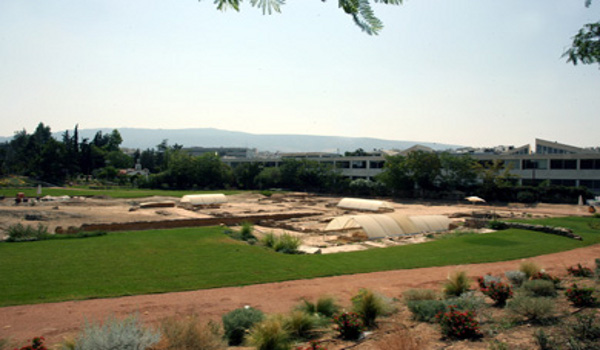 The Lyceum Area in ancient Athens was a suburb named after a temple dedicated to Apollo Lyceus. Aristotle‘s Lyceum was established in this area in 335 BC to function as a school of philosophy. This was the place where Aristotle taught rhetoric, mathematics and philosophy to its students and it was also called the “Peripatec School” because students and teachers would stroll (peripatos in Greek means walk) the grounds during the course of the lectures.
The remains of Aristotle’s Lyceum were unearthed in 1996 by archaeologist Effi Lygoyri during construction in Rigilis Street. The Lyceum is located between the Officers Club, the Athens Conservatory and the Byzantine Museum. The Third Ephorate of Classical Antiquities hopes to transform it into a place where locals and visitors can take a walk, rest or read, staying in touch with the archaeological site and even motivate them to visit other museums next to the Lyceum.
Eleni Banou, the head of the Third Ephorate of Classical Antiquity stated “Our reasoning is that we don’t want people to be afraid of interacting with the site.”
The exact inauguration date of the open air museum has not yet been decided. It is expected however, that it will be open to the public before the end of the summer.