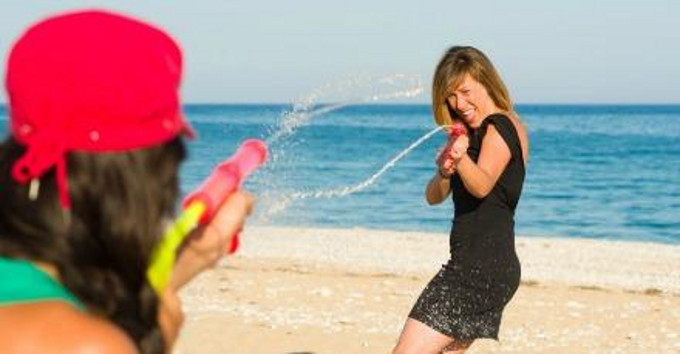 Despite annual rainfall nearing all-time lows for 2014, and reservoirs less than half full, in early June Cyprus alone celebrates its unique Kataklysmos (Flood) festival, commonly known as the water festival.
Seaside Cypriot cities, such as Limassol, Larnaca, Paphos, Paralimni and Ayia Napa will be transformed into a hive of activity as they will host music and dance concerts, food, drinks and games for all ages. This year’s festival will also include a fish festival, sailing races, fireworks displays and performances of popular Greek and Cypriot artists.
The festival will begin on Friday June 6 in some towns or June 7 to others and will continue until Wednesday June 11.
The festival is named after the biblical flood or the Greek myth of Defkalion and Pyrra. In both cases the common element is the disastrous flood that wiped out all living creatures except for one faithful couple and their descendants, who gave birth to a new pure generation of people to inhabit Earth.
Everyone who wants to visit the festival should be a bit cautious, especially on Monday, since throwing water to each other is a tradition among participants of Kataklysmos Festival.

Turkey Eyes Russian Jets if US Turns Down F-16 Request