Lihadonisia: The Maldives of Greece! 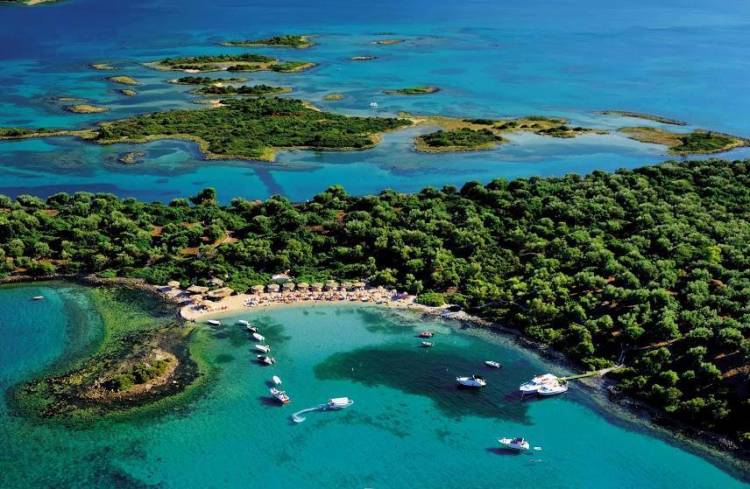 Lihadonisia, are the Seychelles of Greece. In the northern Gulf of Euboea, between Kamena Vourla and Euboea, there are a cluster of islands, called Seychelles by the locals. This group of islands, Lihadonisia, emerged after a big earthquake thousands of years ago. During the past years there were inhabitants, but today no one lives there any longer; they are protected natural areas. The islands are a perfect sea destination for one day excursions and explorations.
The largest islands are Strogili and Manolia, some smaller islands are Little Strogili, Steno and Vagia and the smallest ones are called pontikonisia. There is an organized beach on one of the islands, where all the essentials are offered. Remains of an ancient settlement have been found in another island, while there is also a church, where weddings and baptisms are held. Lihada’s sea bottom is extremely rich and many old shipwrecks attract divers.
Routes by boat are being carried out on a daily basis from the port of Agios Georgios, as well as from Kamena Vourla to North Euboea. The ticket costs 5 euros per adult and 2.50 euros for children.
The route lasts 5-10 minutes and the boat will leave passengers at Strogili, the island with the organized beach. Except from the vast food variety, one can also enjoy the company of seals, which have chosen one of the Lihadonisia as a permanent residence.
The whole concept of being on a small island gives vacationers the feeling of being on an exotic destination!