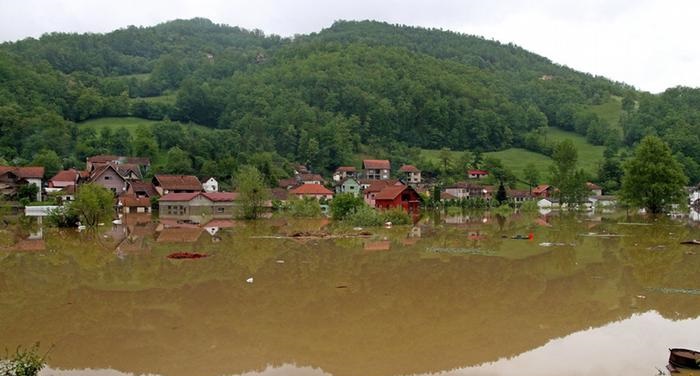 On Monday, a Greek rescue team will be participating in a rescue operation in Serbia and Bosnia, which started in recent days due to the worst floods in the Balkans’ modern history.

Eight members of the Hellenic Rescue Team, active under the umbrella of the United Nation’s INSARAG unit, will arrive in the areas hit by heavy rainfall that just within a few days has killed more than 40 people and forced some 10,000 to leave their homes. Moreover 25 members of Greece’s EMAK special rescue unit have also been put on standby.

The EU Civil Protection Mechanism is providing assistance to the region. Many European countries, such as  Austria, Luxembourg, Slovenia, Hungary and Germany have offered manpower, helicopters and motorboats, supporting the rescue operations and transporting drinking water, food and medicine.

Floods and landslides caused by the extreme weather phenomena have raised concerns over the fate of an estimated 1 million land mines planted during Bosnia’s 1992-1995 war. Bad weather has destroyed many of the warning signs around the remaining minefields while experts have expressed their fear that dislodged mines might travel downstream in the Sava River and even get stuck in the turbines of a hydroelectric dam.

The recent heavy rain and flooding in Serbia and its neighboring countries are considered the worst of the last 120 years. Many villages and towns have been isolated while power supplies and transports have been cut.