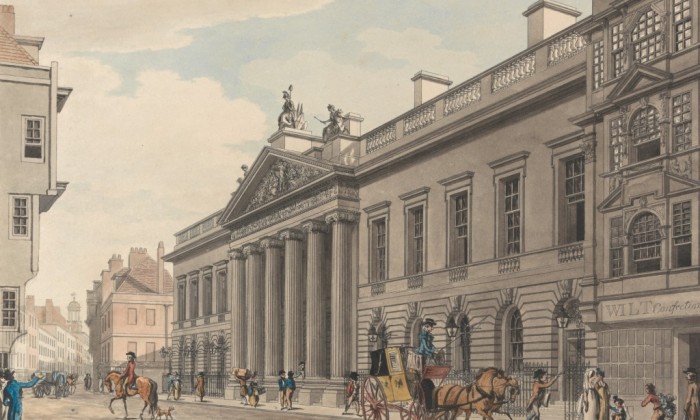 To celebrate the Greek Presidency of the EU Council, the Hellenic Foundation for Culture in UK in cooperation with the European Commission Representation in London, will be presenting the exhibition Modern Greek Printmaking: “Selected works from the Yiannis Papaconstantinou Collection.” The exhibition is organized under the auspices of the Greek Embassy and will take place at the 12 Star Gallery in Europe House between May 7 and 23. The exhibition is part of the HFC’s Greece in Britain series of events, illustrating the wealth and diversity of contemporary Greek culture.

The exhibition inauguration will take place on Europe Day, May 9. Many representatives of the EU member states will be present in honor of the Greek Presidency.

Featuring forty-five prints from leading 20th century Greek artists, the exhibition will include woodcuts, copper engravings, etchings, lithographs and lino cuts — some of them rare — from the Yannis Papaconstantinou collection. The selection on display has been drawn from one of the most important private Greek print collections which encompasses more than 1,000 works by 250 Greek artists of the 19th and 20th century.

Eva Palmer Sikelianos: The American Who Lived Like an Ancient Greek