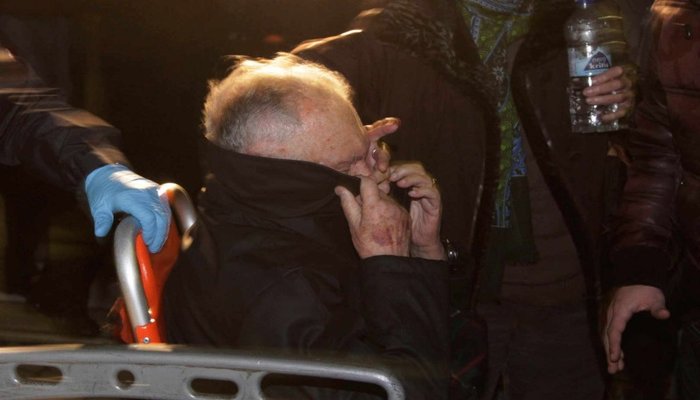 Greek businessman Panayiotis Efstathiou, a key suspect in the German arms bribery scandal, has returned about 2.5 million euros to the Greek state.
According to his attorney Michalis Dimitrakopoulos, Efstathiou deposited 2,552,435 euros in accounts of the Greek state to make amends for his business activities and asks the Greeks for forgiveness.
Efstathiou, 83, is a former representative of the German company Atlas Elektronik. He has been facing charges of money laundering and bribery, after Antonis Kantas, former Secretary General for Armaments of the Greek Ministry of Defense, testified that he had taken money from Efstathiou to secure the sale of defense equipment. Efstathiou admitted during his testimony on January that he had bribed defense officials over the sale of submarines and other defense equipment. However, he was released from custody on 500,000 euros bail as the Judicial Council took into consideration that he has been suffering from cancer.
Furthermore, it is expected that apart from Efstathiou, other people implicated in the arms bribery case, fearing future prosecutions, will return about 30 million euros to a designated account of the Greek state.