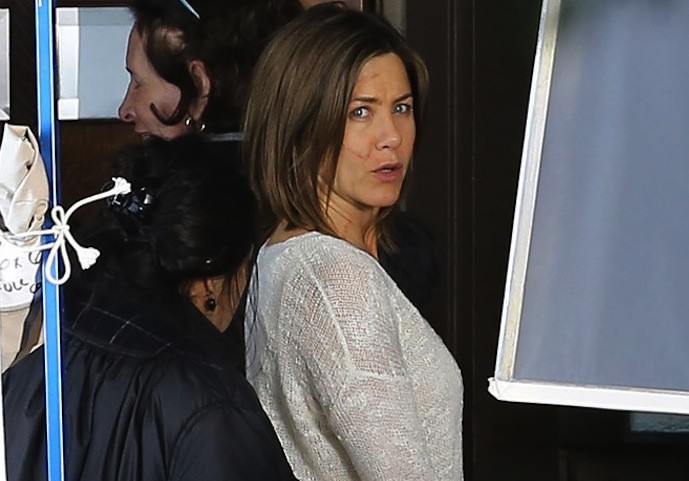 The Greek-American actress is starring in and executive producing the indie flick about a woman in a pain support group who becomes interested in the suicide of another member, and then develops a relationship with the deceased woman’s husband. Playing the character of Claire, Aniston is no longer sporting her famous long, blonde hair, but rather a short brunette bob, loose-fitting clothing and she’s virtually makeup-less. Recently released photos from the set show her with marked scars on her face as well.

Directed by Daniel Barnz, the film also stars Anna Kendrick, Sam Worthington and William H. Macy. Written by Patrick Tobin, “Cake” is first title of a five-film deal with After Dark Films and China’s Shenghua Entertainment. The film is scheduled to release in U.S. theaters sometime in 2015.