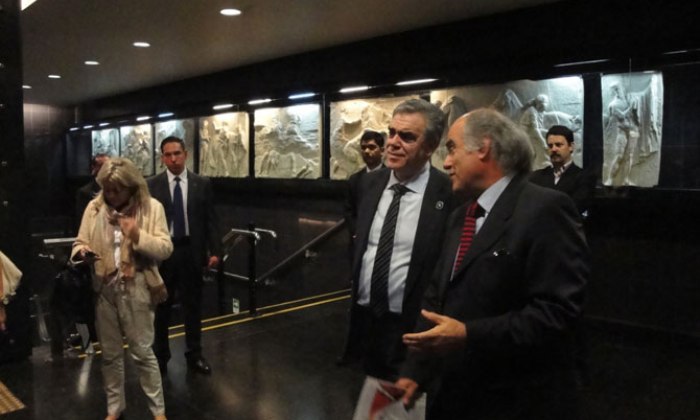 Chile found a novel way to pay tribute to Ancient Greece, as from March 7th the metro-station Grecia (Greece) which is situated in the capital Santiago, is decorated by an exhibition of Ancient Greek copies.

The exhibition includes 23 carefully modified copies made by gypsum, copper and silver. The copies depict issues of the western culture such as democracy, justice and art.

The copy of Homer’s head, some portraits of athletes, a small statue of a boxer and some theatrical masks are among the exhibits that are drawing attention.

The setup of the exhibition, which consists of one of the first efforts made in Chile to establish and operate an “ancient museum,” is similar to the exhibition that the Greek metro-passengers encounter daily at the Athenian and Acropolis metro stations.