GRNews
GreekReporter.comGreece2nd day of clashes at Athens University of Economics and Business

2nd day of clashes at Athens University of Economics and Business 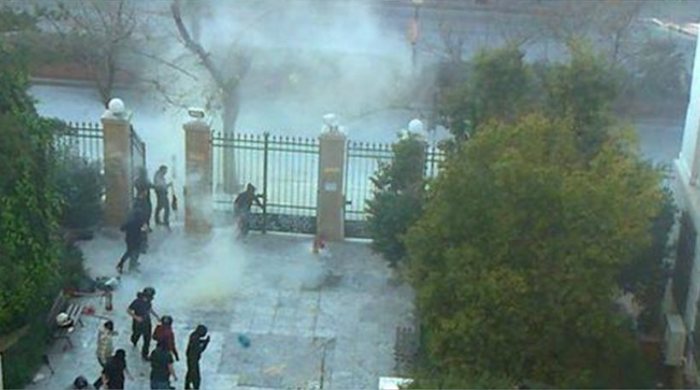 For the second day in a row there was tension at the Athens University of Economics and Business (ASOE), with clashes between groups of students and the Greek Police.
On Wednesday afternoon, the Greek police were outside the University campus checking peddlers of foreign origin, when groups of young men, reacting to the way that these controls were being carried out, came out of the university and threw rocks at the police officers.
Some witnesses claimed that a unit of riot police responded by discharging stun grenades and tear-gas at the group of youngsters.
Similar incidents occurred yesterday when the police, at the same spot, conducted checks on peddlers for illegal trading. However, groups of young people reacted to this practice and tried to protect the foreign peddlers by giving them shelter in the University’s grounds, and attacking the police.