Greek Kingdoms of Bactria and India Through Coins Exhibition 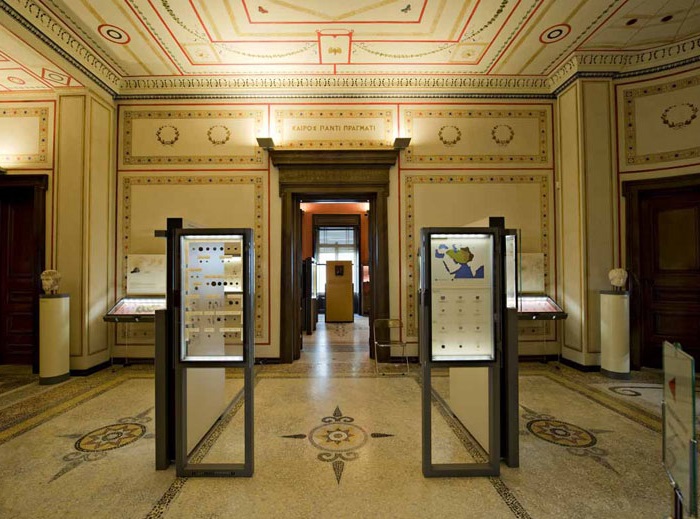 The Greek Numismatic Museum, in collaboration with Alpha Bank, is presenting “The Greek Kingdoms of Bactria and India” through an exhibition of their coin collection, which opens on March 11 at the Ilion Melathron, the Numismatic Museum’s headquarters in central Athens, Greece.
The Greco-Bactrian and Indo Greek Kingdoms flourished during the Hellenistic Period, almost one century after the death of Alexander the Great in 323 BC, covering parts of current India and Afghanistan. It is an exhibition of high interest as our knowledge of these kingdoms is based on few references in classical texts.  Although Indo-Greek literature did exist, there is no text referring to Greco-Bactrian or Indo-Greek states. Moreover, classical authors tell us very little about these kingdoms as they were far away from the Mediterranean region and cut off from the main part of ancient Greece.
Only numismatic evidence reveals the existence of Greek states in the area. The exhibition includes coins with Greek writing, symbols and images that survived through the centuries.
Prior to the exhibition’s opening there will be a lecture by Dr. Osmund Bopearachchi, professor at the University of Sorbonne and Berkeley, and director of the Archaeology Department-Hellenism and Eastern Cultures, at the French National Research Foundation (CNRS-ENS).