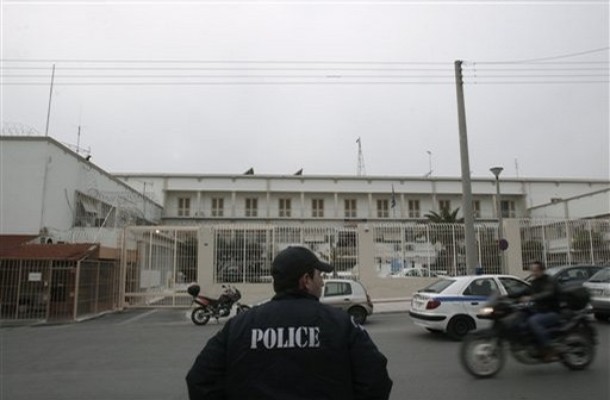 Tougher detention conditions, separate prisons and specially designed cells, as well as no furloughs, are just some of the changes proposed for dangerous inmates held in Greek prisons, that are included in the new bill brought to parliament by the Greek Ministry of Justice.
The bill makes provision for a new kind of prison, called “Type C,” which will house inmates convicted of serious offenses, like those prosecuted under the anti-terrorism law. The new type of prison, the first of which is expected to open in Domokos, Central Greece, will also accommodate those involved in criminal organizations and those who have taken part in organized rioting during their incarceration.
The detention regime will be particularly strict, following standards enforced in other EU countries and the United States. Detainees of “Type C” prisons won’t be able to be considered for any furloughs, while prisoners’ transports will be handled exclusively by the Greek Police. Hence, police forces will assume a more enhanced role, guarding the facilities from the outside, and new tasks also foresee a police presence within the prison wards.
The Justice Ministry bill also introduces a new classification system for prisons in Greece. “Type A” prisons will hold those convicted for debts and generally all those serving prison sentences of up to five years, while “Type B” holding facilities will incarcerate those convicted of middle-range criminal offenses, like felonies punishable by imprisonment but not meriting a life tariff. Finally, “Type C” prisons will house prisoners classified as high risk by the appropriate prosecutor.
Inmates of “Type A” prisons will be granted furloughs without any particular requirements, while inmates of “Type B” prisons will also get furloughs, but after careful consideration and according to strict criteria.