GRNews
GreekReporter.comGreeceGold Mine Protesters Injured after Confrontation with Greek Police

Gold Mine Protesters Injured after Confrontation with Greek Police 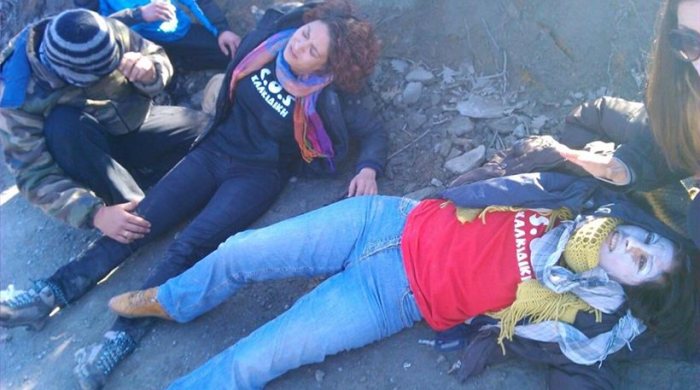 A confrontation that took place between locals and Greek police on Thursday, February 19, in Skouries, northern Greece, resulted in injuries. The locals were protesting against the gold mining.
Everything started when a group of women participating in the protests, formed a human chain in order to stop buses that were carrying workers from exiting the construction site.
The Greek riot police used an extensive amount of tear-gas on the protesters, unleashing a furious and violent attack against them. As a result, three of the protestors were injured and taken immediately to the local health center.
In particular, one of the protesters faces heart disease problems and was in need of immediate care. Ambulance arrived late on scene and a police car transported the man to hospital. His health condition due to the tear-gas, has been reported as critical.
Police arrested many of the protestors during their confrontation with the locals.