Famous Greeks From the World of Arts 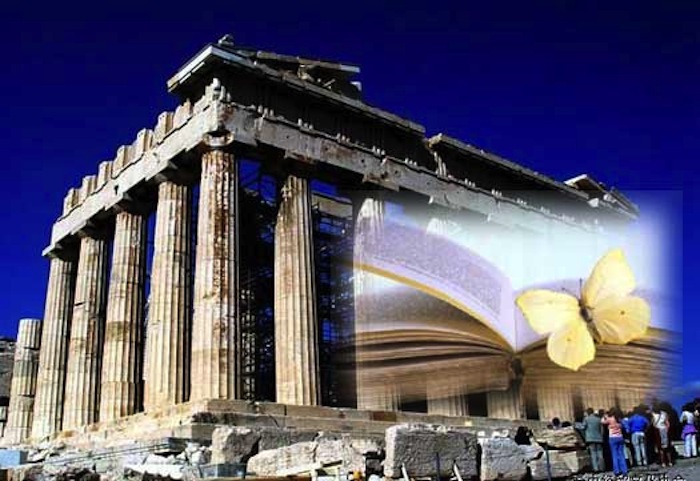 Greece is undoubtedly a country with rich cultural background. Many Greeks involved in the world of arts have made a name for themselves abroad.
In cinema, perhaps the most acclaimed director known in Greece as well as abroad is Theodoros Angelopoulos. He is an award-winning filmmaker who has been praised for his work but unfortunately died young. He was one of the first Greek directors to screen his films abroad managing to paint an image of Greece without any compromises. He always went against the grain, never settling and always presenting everything through his point of view. His movies are filled with endless and slow images that follow the rhythm of life in a poetic way that only his lens could capture.
Another internationally acclaimed filmmaker is Pantelis Voulgaris, who helped change Greek cinema. He can be characterized as a historian of his time who observes the great social changes that occur in Greece. His rich work consists of films, short films, documentaries and occasionally theater plays.
In music, Mikis Theodorakis is one of the most famous Greek composers of his generation. He is the composer of the most famous Greek traditional dance songs, which is none other than his sirtaki “Zorba.” Mikis Theodorakis wrote all kinds of music, operas, symphonic and chamber music, music for ancient drama, theater, film scores and folk songs. Finally, he is known for writing music for specific lyrics, for example he composed songs using poems by Odysseas Elytis as lyrics, creating his masterpiece “Axion Esti.”
Manos Hadjidakis is perhaps the most important Greek composer, scholar and poet. He is the first to link cultural music with traditional Greek music. He created intense music that expressed the people of his time and was not based on any rules.
Finally in literature, many great Greek writers are known abroad. Giorgos Seferis was awarded with the Nobel Prize for Literature. His poetry is pessimistic, dismal and melancholic without missing a few flares of optimism. The writing is symbolic and allusive while the themes of his work concern ancient and modern Greek tradition and its encounter with modern European civilization, brooding over the fate of Hellenism, nostalgia of an immigrant and lost motherlands.
Odysseas Elytis has also received a Nobel Prize for Literature. He was able to create a completely different poetic style and he is one of those who reshaped Greek poetry. Many of his poems were turned into songs. He borrowed some element of surrealism but he shaped them with his personal poetic vision which is linked with Greek tradition.
Some of the greatest artists in world’s history have been born and worked in Greece. All we can hope is that despite the problems plaguing the country, Greece will continue to offer its culture and civilization.
(Edited by Ioanna Zikakou)