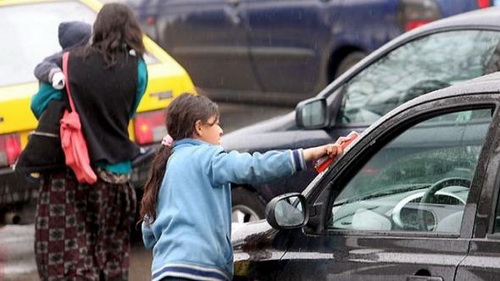 The facts being revealed about the child protection networks which are operating in Greece are very concerning. Toddlers abandoned in nurseries, children who are exploited for their labor even by their own families and especially, the absence of a coordinated national plan as well as adequate public infrastructure, portray a bleak image of the Greek financial and social crisis.
The annual report on human trafficking published by the U.S. State Department reported that hundreds of children, mainly Romani people from Albania and Romania, are victims of forced labor in Greece, sell items on the street, beg or commit petty thefts. NGOs agree that trafficking victims and, especially children rarely turn to authorities. “We encounter cases of children who visit our offices noticeably abused and exploited even by their own families,” said Evgenia Thanou, director of the NGO Medecins du Monde for the Greek newspaper Kathimerini.
At the same time, more and more children are being abandoned in children’s hospitals who however, are not referred for adoption, as the mothers come and pick them up in most cases before the required by the law one year is through, after which a child is eligible for adoption.
“We need to keep in mind the age of the victims, not the offenses committed by them, and this is done by the police. But the Greek police force isn’t enough to tackle the problem, which requires a more comprehensive network of social structures,” says Iraklis Moskov, national special rapporteur on human trafficking in Greece.
One of the main difficulties encountered when dealing with child protection networks are the social groups to which the exploited children adhere. The most significant case involved 502 children housed at the Agia Varvara Foundation, who were begging car drivers stopped at traffic lights to protect them from their traffickers. These children, mostly of Romani origin, gradually disappeared. The case was not solved until August, when it was brought to parliament.

Each year, hundreds of people gather on Mount Olympus for the annual Promitheia festival dedicated to the Ancient Greek spirit.
Business