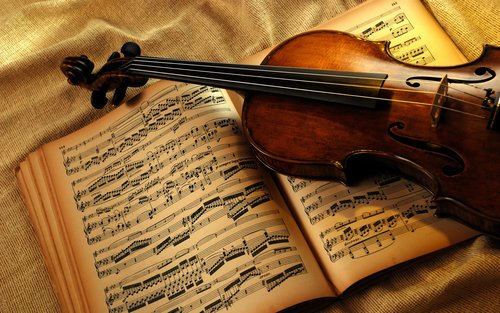 On Wednesday January 22, an event to celebrate the Greek presidency took place at St Sophia Greek Cathedral in London. The event entitled “Greek music through the ages,” was a brief music flashback from Greek antiquity to the present, with well-edited pieces by the violinist Dr. Giorgos Zacharias.  Dr. Zacharias is a young, talented, contemporary musician, who after prestigious studies in Athens and London, excels abroad with his concerts.

“Every time I open my mouth I can’t help it. I’m using words, not necessarily Greek but English that stem from Greek. Politics and democracy for example,” stated Baron Boswell, member of the British Parliament and chairman of the European Union Committee, who was an honorary guest.

“It was an extremely successful event because it displayed the history of Greek civilization. From Seikilos’ music dating back to 200 BC, to the Byzantine liturgical music and contemporary music. The event revealed the timeless historical richness of Greek civilization and all this in the Cathedral of St Sophia which epitomizes the important Greek presence in the United Kingdom,” underlined Konstantinos Bikas, the Greek Ambassador in London.

Moreover, Dr. Victoria Solomonidou, educational consultant at the Greek embassy in London and responsible for organizing the event, said: “It was the perfect event to celebrate the beginning of the Greek presidency and also the perfect venue as the cathedral of St. Sophia was built in the late 19th century by the Greek pioneers who settled in London and founded the Greek community of Great Britain.”

The event was attended by important guests. Among them was the Archbishop of Thyateira and Great Britain Gregorios, ambassadors of all EU countries, British parliament members, and journalists such as Victoria Hislop and Bettany Hughes. University professors also attended, along with Greek community representatives, bankers, ship-owners and students.

Americans have been a major part of summer tourism in Greece. Although they may not make up the largest contingent of visitors, they spend more.
Environment