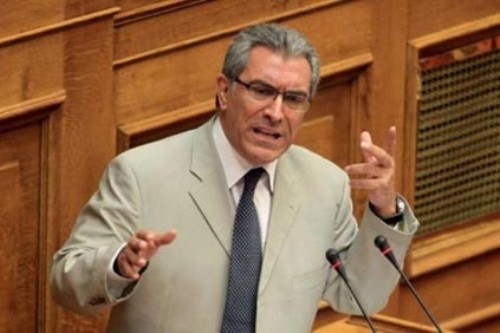 Greece’s Parliament decided on Wednesday January 22, to lift the immunity of the Independent Greek MPVassilis Kapernaros, but not of the deputies Miltiadis Varvitsiotis and Argyris Dinopoulos.
According to Christos Markogiannakis, who presided at the voting, about 230 deputies took part.
In more detail:
–          For deputy Dinopoulos’ case, 20 MPs voted in favor of lifting his immunity, with 208 against, along with one recorded as “present” while another submitted a blank return. The deputy was accused of slander by Independent Greeks MP Notis Marias
–          For New Democracy deputy Varvitsiotis’ case, 78 MPs voted in favor of lifting his immunity, with 143 against and nine recorded as “present.”
–          In Kapernaros’ case, 191 MPs voted in favor of lifting his immunity, with 31 against, six “present,” and two submitting blank returns. The deputy is facing investigation by the Financial Crimes Squad (SDOE).
At the beginning of the procedure, Marias asked permission to talk about Dinopoulos, to denounce him for trying to implicate him as well in the Stock Market case. Marias asked for Dinopoulos’ immunity to be lifted in case he would not take back all the slander he used against Marias. Dinopoulos did not take back his accusations.
Later, Panos Kamenos, president of the Independent Greeks, accused the Prime Minister Antonis Samaras of gathering Neo-Nazis within New Democracy.
The firm rebuttal came from Sophia Voultepsi, New Democracy’s parliamentary spokeswoman, who underlined that, “The only thing you cannot accuse New Democracy of is that is has gathered Neo-Nazis. ND is the political party which led the restoration of democracy. We do not accept such accusations.”