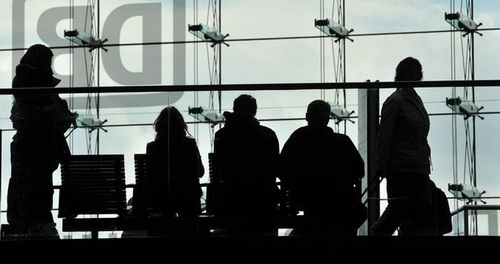 In the first decades following the Second World War, Greeks traveled to Germany organized. They knew that there would be someone to welcome them at the train station, that they would have a house, security and above all a job with earnings laid down in contracts. Today, neo-immigrants — as the new Greek immigrants in Germany are called so as to set them apart from the first Greek immigration flow — begin their journey to the northern country unsure of the outcome of their undertaking.

According to the article published in the Greek edition of Deutsche Welle, everyone migrating to Germany with a degree and knowledge of the language is welcomed. Those who have very high academic qualifications and significant work experience are absorbed immediately by the German labor market in prominent positions in hospitals, businesses or multinational companies.

However, unskilled people without any knowledge of the German language and culture encounter the most problems. These people, who believe that Germany is the “promise land,” ask for work primarily in Greek restaurants.

Their experiences though are not always positive: very low wages and no insurance, miserable housing in groups, endless working hours.

“At first I went to a restaurant where the owner was looking for a kitchen assistant,” says Petros to DW. The salary was supposed to be 45 euros for 8 hours work. Though, after working 12 hours on the first day the owner informed Petros that he wouldn’t pay him, as the first day on the job in Germany was considered to be an evaluation day. The neo-immigrant adds, “I left this job and found another in a restaurant for 45 euros a day, 8-hour shift again. Later, the owner expanded my shift up to 12 hours, while on Sundays I was asked to begin work at 10 a.m. You get to know all these details after you start working for them because they know that you don’t speak the language and will inevitably work there.”

According to the article, many immigrants also seek help at private employment agencies, which may offer more attractive terms, better salaries, as well as housing and food at the workplace.

Nikos Athanassiadis, a member of the Greek Communities’ Association in Germany, made comments on DW in regards to some outstanding cases. “The most tragic case involved a Greek couple who was thrown out on the streets at -15 degrees and their children had nothing to wear, as the parents wanted to get paid first and then shop for the cold German winter. Another case involved a young person who was basically dragged to courts and became wanted by the German police. Only the Association and our legal adviser could eventually help him.”

In most cases however the exploited victims do not seek legal advice from the Greek authorities, mentions DW, among others.

Does Greece Have One of the Slowest Vaccination Roll-Outs in Europe?