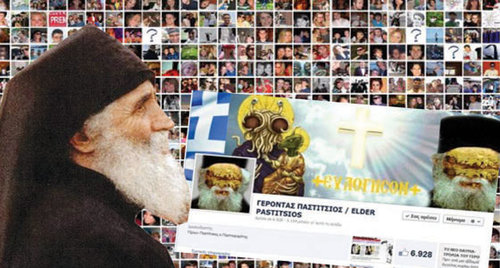 A 10-month suspended sentence was imposed by the court on 27-year-old Filippos Loizos, who became known in Greece through his humorous Facebook page “Geron Pastitsios.” He was convicted for habitual blasphemy and offense of religion. Loizos appealed, while the prosecutor suggested a more lenient sentence.
The 27-year-old was arrested in September by officers of the Greek Cyber Crimes Unit, for alleged blasphemy through Facebook against a famous Greek monk, Elder Paisios, after pressure was applied by members of the Golden Dawn party.
Paisios, an Orthodox monk from Cappadocia who died in 1994, was highly venerated in Greece and Russia, and formal canonization as a saint in the near future has been speculated. Loizos set up a Facebook page using the mocking name “Geron Pastitsios,” which is a Greek pasta dish.