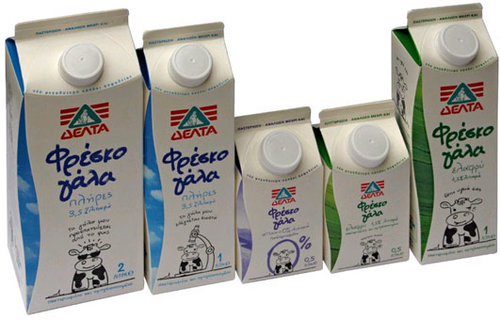 Vivartia Group announced the signing of an agreement between its subsidiary Delta Foods S.A. and Granarolo, the biggest Italian milk and yogurt producer.

The partnership is effective immediately and will begin with the launching and exclusive distribution of authentic Greek yogurt and cheese in the Italian and French markets, produced in the Delta factories in Greece and distributed by Granarolo’s network.

“This highly strategic partnership connects two leading dairy companies, with experience of over 50 years each in their country, and is expected to bring significant benefits to both parties. The know-how and experience of Delta in combination with the dairy specialization and knowledge of the Italian market by Granarolo, guarantee the development of a new strong partnership in the dairy industry,” Vivartia states.

The Granarolo Group operates both in the production and collection of fresh milk, via Granlatte, its Italian milk producing consortium, as well as in the processing and marketing of dairy products via Granarolo S.p.A that owns eight production sites in Italy and two in France. Granarolo Group has an annual turnover of nearly 1 billion euros and apart from Italy, has operations in France, Spain and the United Kingdom.

The CEO of Delta Foods S.A., Antonios Mavridoglou stated, “This partnership proves once again that our uncompromising quality and continuous innovation are recognized internationally and bring partnerships with leading players in very competitive markets. We strongly believe that soon Delta products, trusted by Greek consumers for over 60 years, will be the first choice for millions of Italian consumers as well.”

The breathtaking village of Theodoriana, nestled in the Tzoumerka mountain range in Greece, looks like something out of a fairy tale.
Greek Food