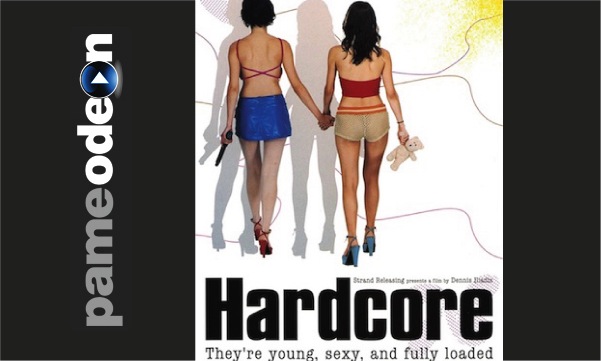 A few days before Dennis Iliadis’ new film Plus One  premieres, Greek Reporter and PameOdeon present the romantic drama Hardcore. The Greek director, who now lives in Los Angeles, has been named one of most promising directors of the Hollywood industry by international media.

The Greek leading film distributor and producer, Odeon S.A., and Greek Reporter have teamed up to promote Greek cinema to a new worldwide audience, through PameOdeon.gr, the new video on demand platform that lets you stream hundreds of Greek movies legally. If you want to show your support to Greek filmmakers watch their movies on PameOdeon.gr

Hardcore tells the story of two girls, Martha and Nadia, who have escaped their family homes at the tender age of sixteen. In order to make a living, they get to know the decadent ring of prostitution in Athens.
Martha is scared and deserted by life, Nadia on the other hand is strong and quite ambitious.
Both have lost their innocence, they do things they could never have imagined, before finally developing a special bond. The two girls create a shockingly affectionate and erotic relationship, that protects them from abuse.
The two friends are dragged into a whirlwind of drugs, dangerous choices and tragic crimes in order to be “free.” Will they be free at last and what does freedom look like for Martha and Nadia?
Directed by Dennis Iliadis, Hardcore features strong performances by young actors and a soundtrack that completes one of the most provocative, youthful and promising Greek movies in the past years.
Director: Dennis Iliadis
Writers: Dennia Iliadis, Aleka Laskou
Actors: Katerina Tsavalou, Ioannis Papazisis, Omiros Poulakis, Danae Skiadi
Country Produced: Greece
Category: Romantic Drama , Crime, Drama
Follow the steps below to watch the film:
PameOdeon.gr makes it easy to watch your favorite films with 5 easy steps: