GRNews
GreekReporter.comHollywoodOlympia Dukakis May Play Anna Madrigal from 'Tales of the City'

Olympia Dukakis May Play Anna Madrigal from ‘Tales of the City’ 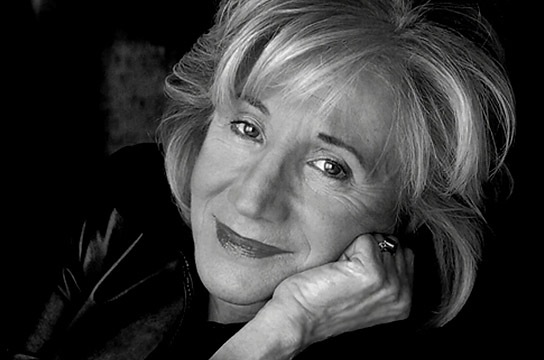 There are rumors circulating that Olympia Dukakis will be playing Anna Madrigal, an older transgender lady from Armistead Maupin’s series of books, “Tales of the City.”

Armistead Maupin, who is getting ready to release his ninth book of the series, “The Days of Anna Madrigal,” is already discussing making the book into a film. This is not surprising news, for his books have been turned into a TV show in the past, which aired on PBS and UK’s Channel 4 with extreme popularity.

In the new book, Anna Madrigal returns home to Nevada to awaken her past memories of being a little 16-year old boy in a whorehouse. In previous books, Madrigal’s character has always been the wise, laid-back and witty lady of the house on 28 Barbary Lane as she observes the other characters struggling to find their identity in the midst of changing societal attitudes regarding sex, drugs and relationships.

Dukakis, who despite being heterosexual and married, is best known for her lesbian roles. It is said she is both eager and honored to jump in on the part, which could be one of the best of her career. She often jokes about her lesbian roles, claiming she makes a good lesbian. Dukakis, whose parents were Greek immigrants during the Great Depression, is also well-known for her activism in supporting gay rights. Her most recent lesbian role was in a film called “Cloudburst.”

Even though Maupin has been hesitant in the past in turning his new book into a film, he has recently changed his mind and Dukakis has already begun preparations. Dukakis explained that when she was preparing for the filming of the “Tales of the City” TV show back in the ’90s, she could barely find anything on transgender transitions. Dukakis wanted to know more about their physical and emotional struggles but could find nothing. Thankfully, she met a male-to-female woman who was able to give her a real life experience of the process.

Today, we have come a long way with transgender topics being taught in colleges and activist rights reaching new heights. Hopefully, the book will be made into a film soon with a promising role that could even give Dukakis a new Oscar.