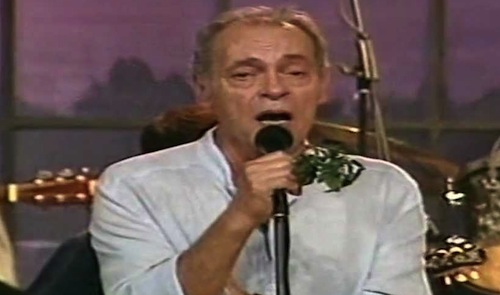 The 71 year-old famous Greek singer and actor, Nikos Dimitratos died after suffering a stroke early on the morning of December 26, 2013.
Nikos Dimitratos was born on March 6, 1942 in Athens. He studied solfège, byzantine music and drama at the Grigoris Vafias School. He first appeared in theater in 1971 with the classic play of Iakovos Kambanellis “A Tale without a Name” (“To Paramythi Choris Onoma”). He then took part in the legendary production of “Our Big Circus” (“To Megalo Mas Tsirko”)  by Iakovos Kambanellis with the Jenny Karezi – Kostas Kazakos company where he sang the song “Proskinima” by Stavros Xarchakos.
He participated as an actor in many plays, movies and several TV series such as “Rebetiko,” “The Life I never lived (“I Zoi pou den ezisa”) “Do not fear the fire” (“Mi fovasai ti fotia”), “Tzivaeri” etc.
During his musical career he also collaborated with Stavros Xarchakos.
The funeral will take place at 2:30pm on Friday, December 27, at the cemetery of Vyronas in Athens, Greece.
[youtube]2YXaf7aafcY[/youtube]