Athina Onassis Had a Miscarriage 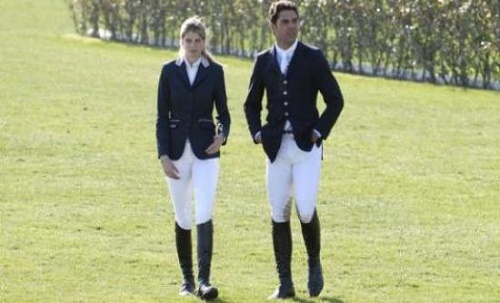 The news of Athina Onassis’ miscarriage is circling the world, even though it has not been officially confirmed. Aristotle Onassis’ granddaughter, and the only child of his daughter Christina, miscarried in late November.
According to Greek newspaper “ETHNOS,” she only found out she was pregnant a few days before her half-sister Sandrine’s wedding in mid September. Athina Onassis told her sister the news during her stay in the village of Villeny in the North of France, where the wedding took place.
Athina and her husband Alvaro de Miranda Neto happily attended the event holding hands, while Athina stood next to her father, Thierry Roussel, whom she hadn’t seen in years.
The pregnancy was difficult for the 30 year-old heiress, as was also the case with her mother, according to people who knew her well.
Despite Athina’s efforts she had a miscarriage in late November. Athena and Alvaro have been together for 9 years and some might say that a pregnancy is long overdue. Their home is not without children though, as Alvaro’s 13 year-old daughter from an earlier relationship with Cibele Dorsa, is living with them. After the loss, Athina confided in her sister Sandrine, as they used to do when they lived together as children.
It seems that misfortune follows the heiress. She lost her mother when she was three years old, and had a turbulent and then non-existent relationship with her father. She became isolated when she moved to Brazil and now finally the tragedy of this miscarriage.

The Greek word "kosmetika" is the root of the English word ‘cosmetics.’ The word also meant any product that protected the hair and face.
Greece

It was announced on Wednesday that Greeks have cut their smoking by more than one half over the last decade, according to a new ELSTAT survey.
Animals