GRNews
GreekReporter.comDiasporaRemains of Dead Greek Soldier Back Home After 65 Years

Remains of Dead Greek Soldier Back Home After 65 Years 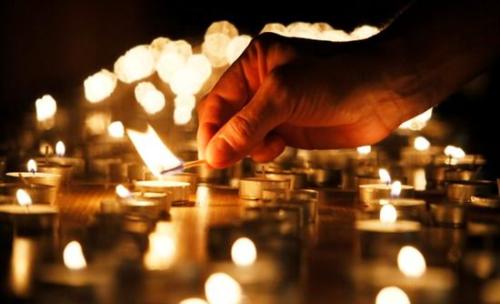 In a modest yet moving ceremony, a military contingent paid tribute to 23-year-old soldier, Charalambos Korkovis, who was killed in 1948 in the Greek region of Souli. The military contingent delivered the bones of the soldier to his family, 65 years after his death.
His 89-year old sister, Agathi, couldn’t believe that she would live long enough to receive the bones of her brother, who was killed in 1948 fighting for the Hellenic Army.
“Today we are both happy and sad” said Agathi on the Athens News Agency. She explained that the family of the young soldier knew that he had been killed somewhere in the mountains of Souli. However, they were unable to find enough information to begin a search for his remains. For 65 years, in Kerasochori in Evrytania, Korkovis’ family have been lighting a candle in memory of the unburied Charalambos.
However, in the Chapel of Agios Dimitrios near Souli, there was a grave with an inscription that read: “Charalambos Korkovis, soldier.”
Fifteen days ago, the grave was exposed due to erosion of the ground caused by restoration works in the area and it was then that the bones were revealed. A priest, Ioannis Giokas, decided to keep the bones in an ossuary. With the assistance of the local community, he managed to find the soldier’s family.
According to the records of the Hellenic Army, Charalambos Korkovis was born in Kerasochori in Evrytania and had 5 brothers and one sister. Today only his 89-year-old sister Agathi is alive.
Charalambos Korkovis’ remains will be placed in the family’s grave.