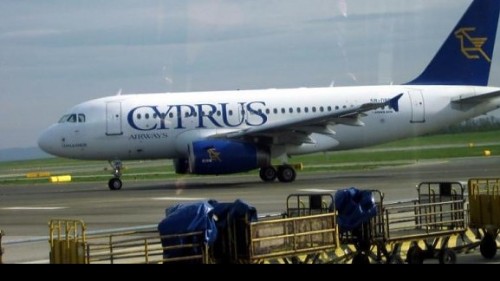 Troika has made it crystal clear that the Cyprus Government should not provide any State subsidy to the Cyprus’s state-owned airline Cyprus Airways.  According to philenews, there is an internal document from the European Commission authorizing the Vice–President Olli Rehn, to sign a small number of modifications on the current Memorandum, on behalf of Brussels. Included in these modifications, is a clause that prohibits the authorities of Cyprus to take any measures concerning any State subsidy to Cyprus Airways, without the Commission’s permission.
The philenews’s report mentions that this amendment on the revised Memorandum was considered necessary by Cyprus’s lenders. Thus, situations like that of the former President of Cyprus Republic, Demetres Christofias, who increased Cyprus’s public debt by providing 31.3 million euros to Cyprus Airways under the Commission’s nose, will be avoided. The European Commission is carrying out an investigation on Christofias’ decision to give 31.3 million euros to the state-owned company of Cyprus Airways.
Meanwhile, Brussels’ sources express their concerns about the future of Cyprus Airways. At the moment, they seem to be giving the company a cooling-off period, but they say that there is not a viable solution on the horizon, unless a private investor decides to cash his money in Cyprus Airways.