Injustices of the Greek Tax System 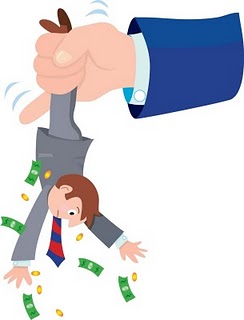 According to a study conducted by the Foundation for Economic and Industrial Research (IOVE) and the British Hellenic Chamber of Commerce, there are obvious injustices in the Greek tax system. The study shows that 8% of employees with annual wages exceeding 42,000 euros declare 28% of taxable income and pay 70% of taxes.
The study, supervised by the Ministry of Finances consultant professor Nikos Karavitis, stressed the inability of the Greek State to collect taxes. The problem is mostly attributed to the uncontrolled tax evasion, especially amongst freelancers and traders.
The majority of freelancers are declaring that their income is less than 10,000 euros, with 63% claiming their annual income is less than 5,000 euros. The study also showed that 99% of farmers declared an income of less than 10,000 euros, with only one out of a hundred declaring a monthly income greater than 400 euros.
According to the study, 64% of taxpayers are employees and pensioners, who declare 82% of taxable income and pay 78% of taxes.
The study shows that the tax collection system only collects about 56.5% of direct taxes and almost 9 billion euros are not collected. Taxes pay 67.1% of public expenses. That is significantly less than the 82.4% Euro zone average. Direct taxes amount to 24.7% of all taxes, compared to the 29.2% Euro zone average, while indirect taxes amount to 36.9% (31.4% Euro zone average). Finally the average tax on labor is 31.3% in Greece, while it is 38.1% in the Euro zone.