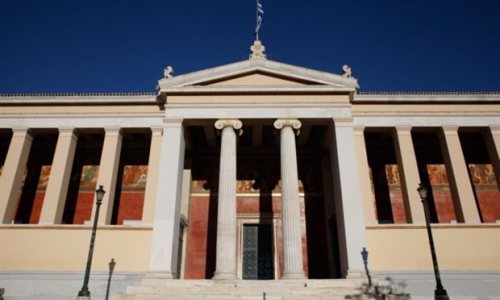 The administrative staff of the National Technical University of Athens (NTUA) have finally decided to stop its strike and return to work this following Monday.
On the contrary, the continuation of the strike has been decided by the administrative staff of the National Kapodistrian University of Athens. During the voting procedure that would determine whether the strike will continue or not, the tension between the strike committee and the board members of administrative employee union at the University of Athens was obvious. Thus, the latter decided to walk out in the middle of the voting procedure, claiming that the decision of continuing the strike is illegitimate. They also made it clear that the majority of the University of Athens’ employees are intending to work tomorrow and next Monday, despite the decision to continue the strike for another 48 hours.
In an earlier meeting between the Greek Prime Minister and the Greek Minister of Education, Antonis Samaras expressed his support towards the way Konstantinos Arvanitopoulos handled the situation concerning the Greek Universities.
The University Senate unanimously has expressed its opposition towards the Minister of Education’s decision to hand over the Rector of the National Kapodistrian University of Athens, Theodosis Pelegrinis, to the Supreme Disciplinary Council.