BBC: Cine Thisio Among Top Ten in the World 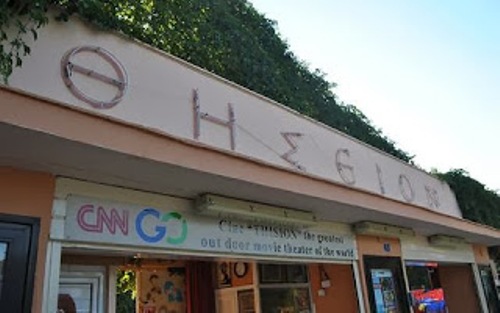 “There are many outdoor movie theaters around the world but none of them are as spectacular as Cine Thisio in Athens, situated at the foothill of Acropolis with an amazing view of Parthenon,” mentioned Christian Blauvelt, editor of BBC, in his tribute for the best cinemas in the world.

“Cine Thisio shows mostly new releases and is open only during summer time. However, you can also watch movies dated back to 1935,” he continues.

Cine Thisio, the oldest summer cinema of Athens, is one of the ten best cinemas in the world, according to BBC. On the same list are also included other cinemas, such as “The Music Box Theater” in Chicago, “The Castro Theatre” in San Francisco, “Cine Acapulco” in Cuba, “Cinematheque” in France, “Colosseum Kino” in Norway and “Raj Mandir” in India.

We should also bear in mind that in February of 2012, Cine Thisio was declared by CNN, as the best summer cinema in the world.