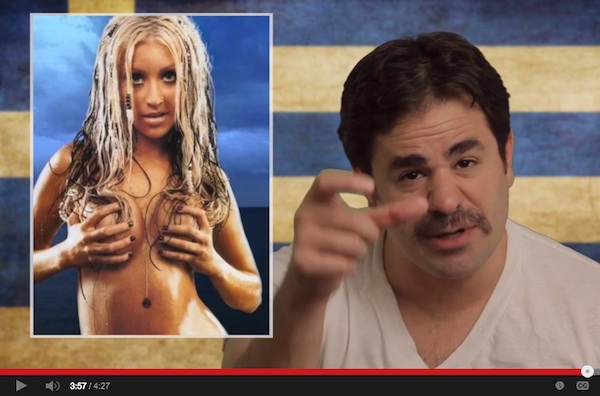 Mr. Panos, one of the funniest Greek youtube characters, reveals the truth behind “Project Mickey Mouse” in a new youtube video. The secret project is carried out by CIA according to Panos. The comedic mastermind behind Mr. Panos is Greek-American Yiannis Pappas who recently joined “The Morning Show” on Fusion Network.

The Greek-American writer, performer and producer has done several shorts, commercials, and of course a lot of stand up comedy.Yannis has also gained thousands of fans through Mr. Panos’ video blog where the fictional 60 year-old Queens restaurant owner blogs to the world his opinions and Greek values through his son’s camera capabilities.
Watch the latest video on the secret “Mickey Mouse Club.”