GRNews
GreekReporter.comGreeceTo Change or Not to Change? A Greek Take on Women's Names...

To Change or Not to Change? A Greek Take on Women's Names After Marriage 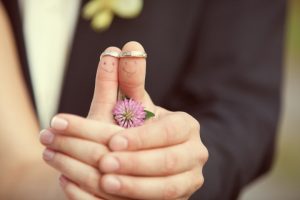 Kate Winslet defended her decision not to change her surname to that of her third husband; Emma Watson tweeted that Hermione Granger would almost certainly keep the Granger name… Many women on this planet–famous or not–have the dilemma of whether or not they should keep their birth name, or change it to that of their husband’s.
“I’m proud of my name because I’m one of three girls and only one boy in our family, so essentially the only person who is going to carry the name along is my brother, and he doesn’t have any children at the moment,” said Kate Winslet during an interview for US magazine. The question is, is this a feminist trick for Hollywood actors, or is it what all women should think and what men should accept? Another thing to consider is–what if a woman has already achieved success in her career using her birth name like Kate?
Still, in 2013, many women in the UK, US, Australia and some European countries are confronted with this dilemma….to change or not to change? Women are highly influenced by their social circle, namely by their husband and his parents, and the problem seems even bigger when their future husband has a really bad surname!
Here are  some of Greek Reporter’s suggestions for women, using the progressive Greek model…
Although Greeks are quite conservative and traditional, the woman’s surname after marriage is not a serious conflict anymore. When it comes to picking the last name of a couple’s first child–maybe.
Since 1983, Greece has made it a requirement for women to keep their birth names for life. The result: modern Greek women aren’t changing their names after marriage and it poses no problem for their husband’s.
11+ 1 reasons Why this Model Was & Is Progressive
• Greece enacted a law that all women must keep their birth surname, 30 years ago (1983).
• It was part of a major set of reforms Greece enacted in the late 1970s and early 1980s, as the country emerged from dictatorship.
• This law has is pro gender equality.
• This law coincided with a new period for Greek women and a period of great strides for females. More women were achieving higher education degrees, joining the workforce, and overall playing a bigger role in society.
• Women who have already had a successful career before getting married, avoid confusion by keeping the name they are already known by in their professional field.
• Makes things easier in a case of divorce.
• When children are born, parents get to decide if the child will have the mother’s last name, the father’s last name, or both.
• By clearing gender roles, nowadays young Greeks accept this surname system as the norm. They think about names and identities a lot differently than most other countries do, and men don’t even ask about their future wives surname intentions.
• It’s also a way for women to stay connected to their birth family.
• It changed the mentality about gender equality and marriage without offending the husband or the tradition, simply giving women the ability to choose their surname.
• Extra bonus: women aren’t subjected to changing a perfectly good last name, to a potentially ugly surname of a spouse!
Strange but true….
Iran has had a similar system to Greece for about a century, yet Iranian women continue to struggle for many rights.
Studies and real life as seen through our married friends show, that many women are still adopting their husband’s name–even when they have other options. Maybe changing the surname issue from obligation (or tradition) to choice is the answer. After all, the key is to have the choice, no matter what you will finally decide.
So, will you pick the traditional route, or your own personal and professional identity? According to the Greeks, you get to choose!