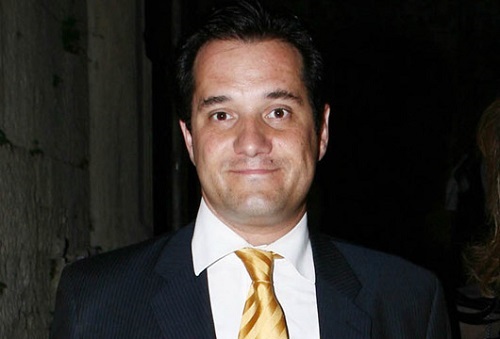 This morning, the Minister of Health Adonis Georgiadis, was invited to appear on Mega Channel. During his interview he asked to talk about the fact that one of the biggest hospitals in the country, “Evangelismos” is left without a CT scanner.
Adonis Georgiadis just answered that “machines break down” and that it will be repaired shortly.
According to doctors, the delays in purchasing a new CT scanner have resulted in the hospital having to rent the expensive machinery. The hospital spent quite a bit for renting a CT scanner from private clinics instead of fixing it.
Adonis Georgiadis also told journalists “we will not shut down private businesses,” accusing the president of  the employee union of the hospital of Ilias Sioras of making such allegations because he is a communist.
When the doctors said that the private diagnostic centers are replacing public healthcare service, the Minister of Health answered that “the private healthcare systems are more advantageous for us.”
Furthermore, he stated that now we have to work, it is not the time for a fuss or a strike. According to the Minister of Health, Greece is now facing bankruptcy, the country can’t offer more and nobody is having a great time now.

Greece has now surpassed 850,000 Coronavirus vaccinations, while another 50 vaccination centers will be added to the current 750.
Cyprus